Neil Speers performing at Half Hitch on Dec. 12

"The songs I write, and that I perform by others, typically revolve around either themes of loss and redemption – or have what I hope is wry wit and clever wordplay. Yes, sometimes I take a slanted view of society."
0
Dec 11, 2019 1:45 PM By: Troy Durrell 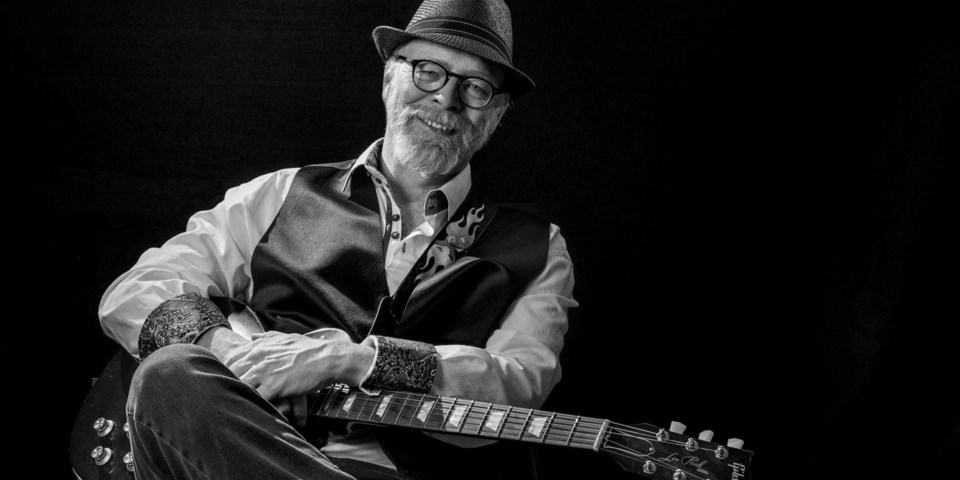 Neil Speers will be playing at Half Hitch on Dec. 12. Submitted Photo

Local musician Neil Speers will be rocking Half Hitch Brewing Company on Dec. 12 at 7 p.m.

Whether he is performing live, lending his talents in studio sessions, or volunteering as an advocate of music and visual arts, singer-songwriter and blues guitarist, Neil “Hardwire” Speers is dedicated to the world of art.

The Calgary native was introduced to music at a young age when his mother would listen to jazz and classical music. Later, Speers was influenced heavily by the likes of rock acts such as Jimi Hendrix and Pink Floyd’s David Gilmour as well as the acoustic talents of Doc Watson and Leo Kotke.

“I’m a big believer in the magic of improvisation when it comes to playing, especially in solos. I grew up with a lot of jazz in the house, and almost all the players I really loved growing into guitar tended to take side roads while playing," Speers said of his musical choices.

"I was that 15-year-old kid who spent hours a day with a borrowed mandolin, teaching myself from a book how to read music and play the instrument. I had to return that mandolin, but not before my parents noticed how much I put into learning it – and how far I’d come in a few weeks. For my 16th birthday, they gave me my first guitar. I soon started a band and joined another one, and have never stopped my love affair with the guitar and performing."

"The songs I write, and that I perform by others, typically revolve around either themes of loss and redemption – or have what I hope is wry wit and clever wordplay. Yes, sometimes I take a slanted view of society."

In addition to his work as a solo artist, Speers also performs with bassist Robb Mann and drummer Dan Danilowich. In fact, it was coincidental that when Neil was looking for a drummer, he found Dan who he’d worked with in a band almost 30 years ago. An instrumentalist, vocalist, songwriter and composer, Speers' songs grip fans on a personal level by exploring the themes of loss and redemption through several music genres like Blues, Canadiana, and Americana.

His first full-length CD, Vol 1 – Breakfast at Epiphany’s, released in 2008 and was followed in 2015 by the five-song EP September Winds – The Art of Instrumental Acoustic Guitar. Neil also won a Best Original Soundtrack award for music he composed for an independent video detailing the culture of Calgary. Speers has also played at multiple music festivals such as the East Coolie SpringFest in 2010 and Mountain Stock Music Festival in 2007, 2008 and 2009.