Scouten gets over her studio allergy 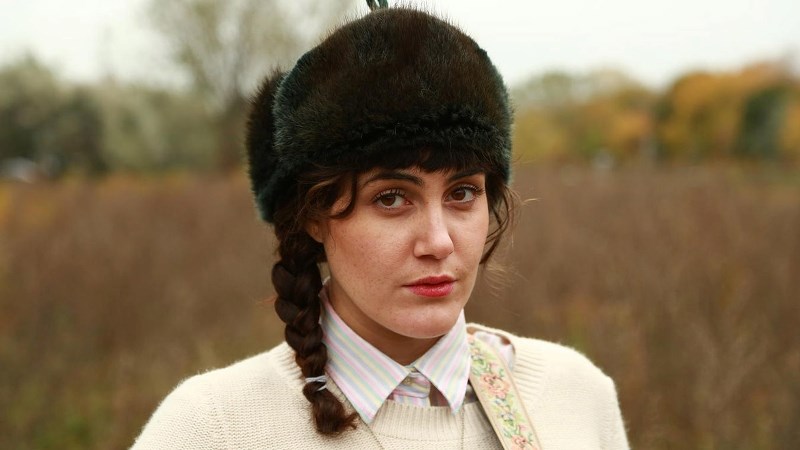 Life for Sarah Jane Scouten has been about being a bit of a nomad lately.

Growing up on Bowen Island on the West Coast, Scouten eventually moved cross-country to Montreal where, as she put it, ‘twenty-something’s go to retire’, and for the last year has had Toronto as somewhat of a home base.

But talking to the Eagle, Scouten calls from Portland, Ore., where she has been enjoying the Portland Old Time Music Gathering, a great way to start out a new year coming off of a very exciting 2014 for Scouten.

Her 2014 sophomore album, The Cape, received rave reviews and was nominated for two Canadian Folk Music Awards including traditional album of the year and traditional singer of the year.

“I felt like we put out a really wonderful record,” said Scouten. “ My band had been working together for about four years, so we knew each other inside and out. We really felt like I hit it out of the park. I love that record. It came together really well.”

Recording wasn’t something that always came so easy to Scouten. With her first album, Magpie Waltz, she described feeling ‘allergic to the studio’, finding it hard to play to click tracks and feeling as though she might not be able to make a record in that environment.

“I sing and play very differently when I’m in a dead room looking at a wall than if I’m singing with my good friends present and we are all laughing and hanging out,” she said.

Magpie Waltz was recorded live off the floor in a church, where Scouten said she loved the feeling of having so much room and felt at home.

For The Cape Scouten said she wanted to have the band energy in the album and combined the processes of playing live and using studio techniques.

The result is an album that has both a traditional and modern feel, something that Scouten said was deliberate. She said her and Juno-nominated producer Andrew Collins were wanting to experiment a bit on the album with what they referred to as ‘psychedelic texture’.

But being nominated in the traditional category was something a bit unexpected for Scouten. She said she doesn’t consider the songs on the album completely traditional, but does spend a lot of time thinking about traditional music and playing it.

“Chewing it up and letting all that stuff go through the meat grinder of my brain,” joked Scouten. “I mean, even the term ‘folk.’ Folk music doesn’t mean what it used to mean anymore. I think it is in a period of flux.”

Next, Scouten is set to record a four-song EP with Andy Bishop from White Ash Falls producing that will be released by Light Organ Records. And continuing with the nomadic lifestyle, Scouten said she would be on the road a lot playing shows throughout the year.

You can catch her at Legacy Guitar and Coffee House Jan. 31.