Troy looks to connect with the audience through her writing 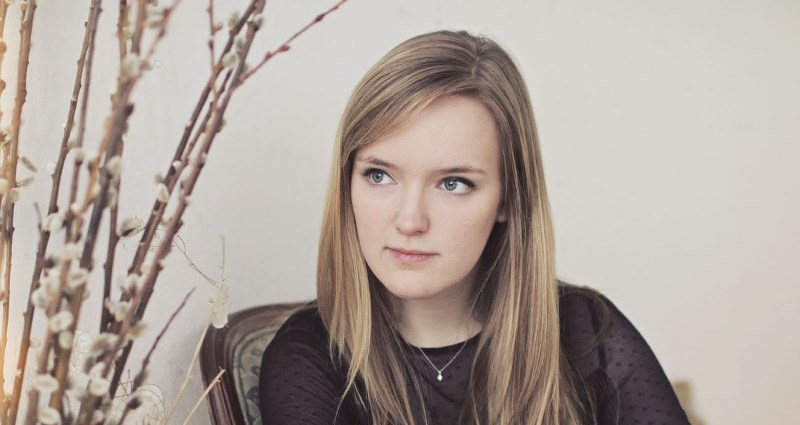 For musician Sarah Troy, moving from Bragg Creek to Boston, Mass. was a big change.

Troy, who is currently attending Berklee College of Music, said with a laugh, “It was really good to be a fish in a very small pond of artists in Bragg Creek and then you go to Boston and you are the smallest fish of all. There’s a lot of fish there.”

The 20-year-old described it as something that has really put things into perspective and has forced her to work even harder and grow as an artist.

The school is the largest independent college of contemporary music in the world and, to date, 100 Berklee alumni have received 239 Grammy Awards.

“The bar is set so high,” she said. “Everyone has a really unique style and it is a school that pushes you out of your comfort zone.”

Although Troy said the classes have been useful, the biggest value she has found has come from the people she has met there – musicians she can go on the road with one day or someone who might end up being her manager.

That same sense of community is something Troy felt in Bragg Creek.

She described growing up as a singer/songwriter in Bragg Creek fondly, saying it was great to have a small closely knit group of people to bond with and perform for.

Being able to be a part of concerts with internationally acclaimed artists who would come to the hamlet, Troy said was something that wouldn’t have necessarily been the case if she had lived in a large city.

Now Troy has her sights set on Music City, U.S.A. – Nashville, Tenn. The musician said when she graduates in May she plans on moving to the city where she spent a summer interning at Sea Gayle Music, a publishing company.

Troy said the city is great for musicians, especially if you are a songwriter, describing it as a songwriting hive. She said she hopes to work for a publishing company as a songwriter, as well as work as a performing artist.

“I would be happy making money doing songwriting for the rest of my life. The artist thing is another dream of mine, too,” she said. “As a writer, I want to work on those connections and if that takes me further as an artist and if that helps me fund my touring, then I couldn’t ask for a better way to do that.”

Troy also said she felt Nashville had ‘a little more of a small town vibe’ and going there would be a ‘happy medium between a small town and a big city.’

“Maybe one day I will move to L.A. Who knows? It is definitely a place that interests me, but Nashville is just such a great fit right now,” she said.

For the immediate future, Troy intends to release some sort of musical project using YouTube, although she said the plans are still in the works for exactly what that will look like.

But Troy said she is particularly interested in the medium of YouTube as a way to communicate with music and reach audiences in unique ways – something she has done with other musical projects.

This year, Troy released a project call SIXbySIX, where she released six tracks over six months. A track was released on the 21st of each month from February to July and was available for download for free, or people could make a donation to purchase it.

She described the process as challenging, but fun.

“I just wanted to experiment with how an audience responds to having a more constant sharing of music instead of having it all thrown at them at once,” she said. “It was a super positive learning experience, but it has also been really great to put music out and to reach out to my audience a little bit.”

Troy will be performing in Calgary at Wine Oh’s Jan. 9, while back in Canada for Christmas school break. For more information visit sarahtroy.com.