“It’s people scratching in or etching, or painting or drawing in their names or initials, and it might have a date and a symbol, for example a heart."
Oct 9, 2020 5:00 PM By: Cathy Ellis 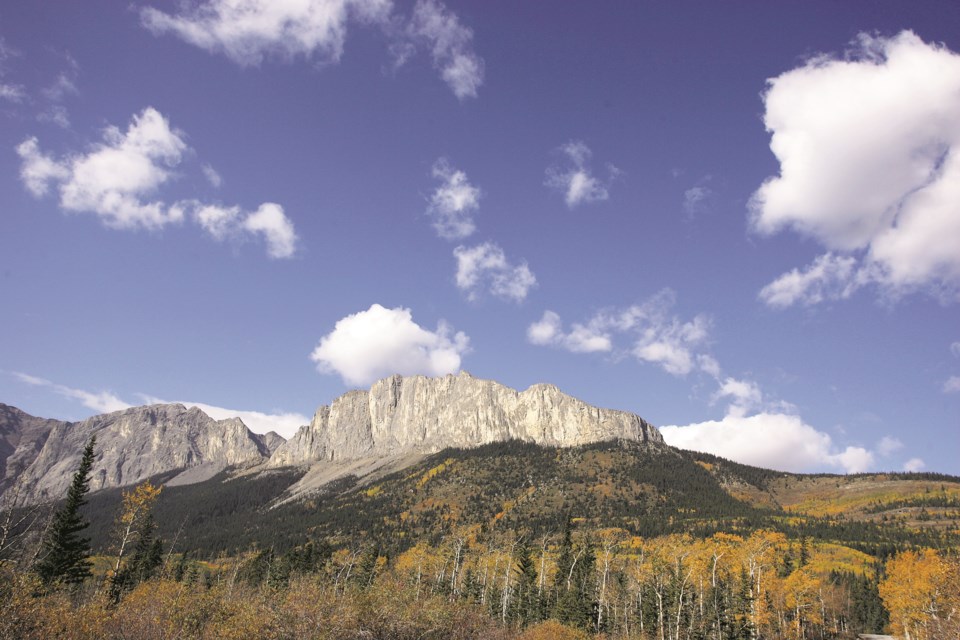 KANANASKIS – Alberta Parks has seen an increase in graffiti on park infrastructure and some mountains this year, including Mount Yamnuska in the Bow Valley.

Officials with Alberta Environment and Parks say that defacing natural treasures as well as infrastructure like garbage bins, washrooms and trail signs in protected areas is “unacceptable and disrespectful.”

“There appears to be higher frequency of this over this past season; it’s kind of here, there and everywhere,” said Debbie Mucha, operations manager for Kananaskis Country.

“We’re seeing things like unauthorized markings – like drawings, writing, sketches occurring in both the natural environment and on infrastructure.”

At Mount Yamnuska, much of the graffiti tends to be lovebirds sketching their names or initials with love hearts, and tagged with the year 2020, on places like rocks and boulders.

“It’s people scratching in or etching, or painting or drawing in their names or initials, and it might have a date and a symbol, for example a heart,” said Mucha.

“With some with the date being 2020 indicates that some of this graffiti has appeared as recently as this past summer and fall,” she added.

“A few years ago it would be more rare to see any graffiti on Mount Yamnuska.”

One of the problems is people are taking photos of the graffiti and sharing it on social media, which Mucha said possibly leads more people to do the same.

“I think social media – and I am just hypothesizing – could be playing a role in it where people maybe add the graffiti and they’re taking photographs,” she said.

“As soon as people see it present, it tends to attract others to do the same thing.”

It also takes a lot of time, effort and expense for Alberta Parks staff, contractors or volunteers to remove the graffiti.

“It’s very difficult to clean up, and because once you get graffiti it attracts more graffiti, you really have to address it,” said Mucha.

“It’s also disappointing because we have visitors who are expecting to enjoy the natural environment, so it detracts from the visitor experience.”

If anyone witnesses someone in the act of putting graffiti on objects, Alberta Parks asked they call Kananaskis Emergency Services’ non-emergency line at 403-591-7755 or call Crime Stoppers.

Those found tagging objects in a park could be subject to a minimum $1,000 fine and potentially be court-ordered to remove the graffiti.

“If a person is found to be destroying either the natural environment or infrastructure within Alberta Parks, they can be and they will be prosecuted under the Provincial Park Act,” said Mucha.