August 25 will mark the annual Show your ride for Brandon 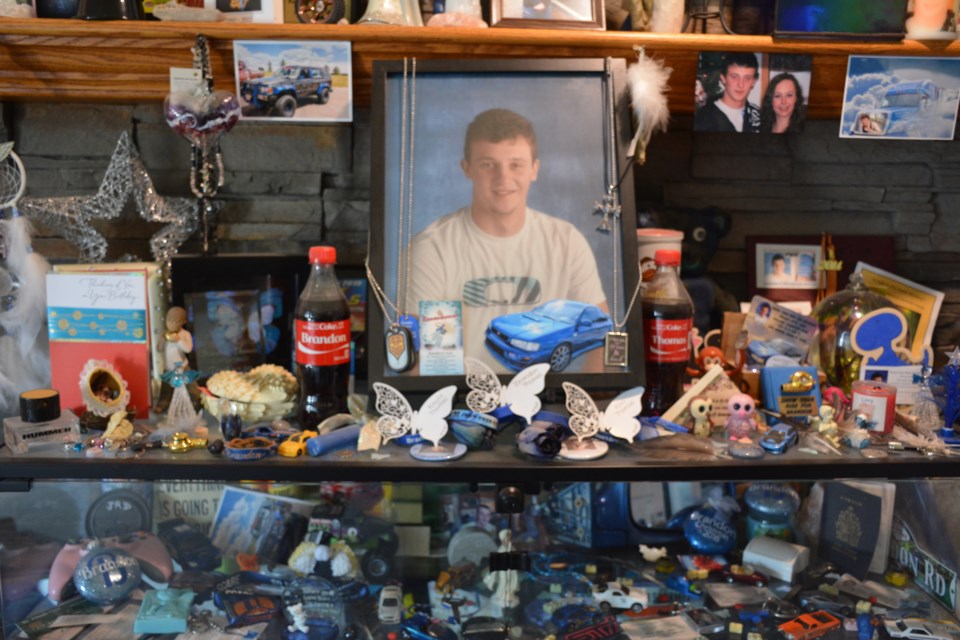 It was a day that seemed surreal for Kim Thomas and her family. A devastating call that no parent ever wants to receive would leave her world in shambles.

On Dec 6, 2012, her son, Brandon Thomas, was killed after being involved in a head-on collision with a drunk driver. At just 17 years young, his journey in life would be cut short.

"It doesn't get easier, it doesn't go away but you learn to carry your child with you in a different way," said Thomas.

As hard as it has been for the mother over the years, there is not a day that goes by that she doesn't feel Brandon around. At times, she will get a hint of his cologne and that gives her a feeling that is unexplainable.

"Don't give up, that's not the answer, reach out to people, even people that haven't experienced it," she said.

The drunk driver that struck Brandon pleaded guilty in a plea deal and was later sentenced to two years and eight months in prison. He only served close to six months.

Now, almost seven years later, Thomas has been choosing to raise awareness in Brandon's name. In 2014, the Show Your Ride For Brandon event was launched. It highlights Brandon's life, what he dreamed his future would be and the importance of coming together in unity. It also raises awareness that far too many innocent lives are lost by the reckless decisions of drinking and driving.

Show Your Ride For Brandon will take place on Aug. 25 from 7 a.m to 5 p.m at Calgary Stampede Olympic Park in lots 25 A and B with "all rides" welcome. There is a $20 registration fee at the gates. Registration is now open via Facebook @ShowYourRideForBrandon2019.

Last year's event featured nearly 750 vehicles and, to date, the event has raised more than $70,000.

One important lesson to take away from this tragic accident, always remember to say I love you because you never know if it will be the last, said Thomas.