“The big issue in Canmore and always has been is affordable housing. The access to affordable housing for local residents is extremely difficult. Buying actual detached homes is really beyond the means of the vast majority of people if you’re an average family with normal jobs… generally the most you can hope for these days is a townhouse. Detached homes are largely out of reach.”
Jul 6, 2021 12:00 PM By: Greg Colgan 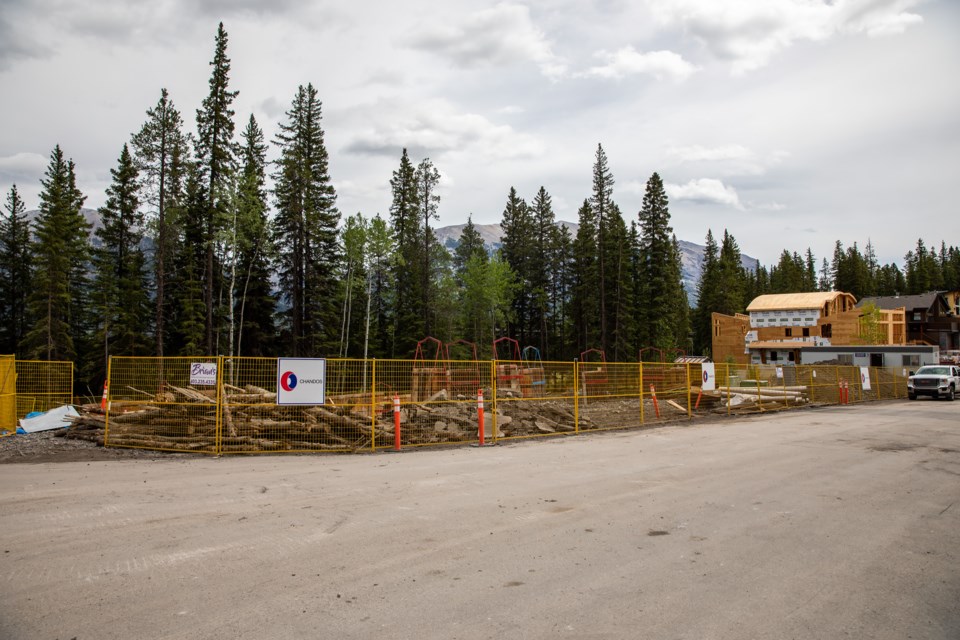 CANMORE— The local real estate market saw one of its largest sales in recent memory.

A Canmore home on Canyon Road by Cougar Creek sold for $4.2 million – the most expensive since 2014 – and is one of the larger detached home properties in the municipality. It was originally listed for more than $8.7 in March 2020, but gradually reduced in price until the sold sign went up.

Though an eye-popping number, Karen Fawcett, the Calgary-based realtor who sold the home, said signs are showing a shift in the market as more people are listing homes and buyers aren’t as rushed to make a big purchase.

“People were in panic mode and that has settled,” she said. “People aren’t rushing and thinking they can take advantage and have five offers on my house to get an extra $100,000, which was happening, isn’t happening now.

“The fears about the pandemic are subsiding. Sellers who have been afraid to have people in their home are feeling safer about letting people in."

But while the home may seem to signal an opportunity for sellers to cash in, realtors are cautioning as the market shifts.

Fawcett said Pillar 9, a province-wide realtor server, showed 14 homes have gone for more than $3 million in the mountain town, highlighting the rareness of the purchase.

Dan Sparks, a long-time Canmore realtor, said the listings are “modestly increasing,” and the change could be due to a number of factors, such as the loosening of public health restrictions or the regular slowdown that comes with the summer months.

“The volume of sales has dropped somewhat and the volume of listings has increased somewhat. It’s not a dramatic change," he said.

"The summer generally brings a slowdown to the market with people ending up more in vacation than shopping mode. How much of that can be attributed to the province opening up and COVID restrictions wrapping up is hard to say. That’s a component, but it does coincide with what would seasonally be a slower time.”

As more people become attuned to working remotely and companies more flexible on the amount of time employees spend in the office, Canmore has also seen an influx of people wanting to call the mountains home.

“We’re less than three-and-a-half hours away from several million people who want a piece of the mountains and that’s a huge influence on the Canmore market,” Sparks said.

Jan Cerny, a realtor with Re/Max Alpine Realty, said with more listings in the Bow Valley being made, the market is cooling from recent months.

As of Wednesday (June 23), he said there were 169 listed in the Bow Valley and a further 17 that are conditional sales. The average number of days a listing was on the market is 37, according to statistics from Realty Server, meaning it’s still a seller’s market, but much more reasonable than the height of the pandemic.

“We still have a very active market, but there is a reasonable inventory. … It is healthier if we don’t have multiple offers, which are frustrating. There was a time when we had hours to bid instead of days,” Cerny said. “At the same time, the days on the market is important. It still indicates it’s a sellers market. We are in a more reasonable market. Two months ago it was crazy.”

Vacation properties, which are used as commercial property and zoned for short-term use, have seen 145 sales this year, but many of those are done in shared or fractional purchases.

Sparks said there’s been high demand across the market and one section isn’t more sought after than the next.

However, the issue continues to be access to affordable housing.

Canmore council recently seconded a resolution from the Town of Okotoks for the Alberta Urban Municipalities Association to continue to lobby the provincial government to allow municipalities to have more power in establishing affordable housing.

According to their findings, from 2006 to 2017, Canmore had 600 row houses, 74 semi-detached, 178 detached and 781 apartments and condos constructed. The assessment also forecasted a growing need for all forms of housing, with more than 140 homes needed each year by 2027.

CCH added 10 new affordable houses in the Peaks of Grassi area on Lawrence Grassi Ridge known as Ravens Ridge. There are 141 units in its home ownership program and an additional 120 in the rental program.

“Buying actual detached homes is really beyond the means of the vast majority of people if you’re an average family with normal jobs… generally the most you can hope for these days is a townhouse. Detached homes are largely out of reach.”

About the Author: Greg Colgan

Greg is the interim editor with the Outlook.
Read more