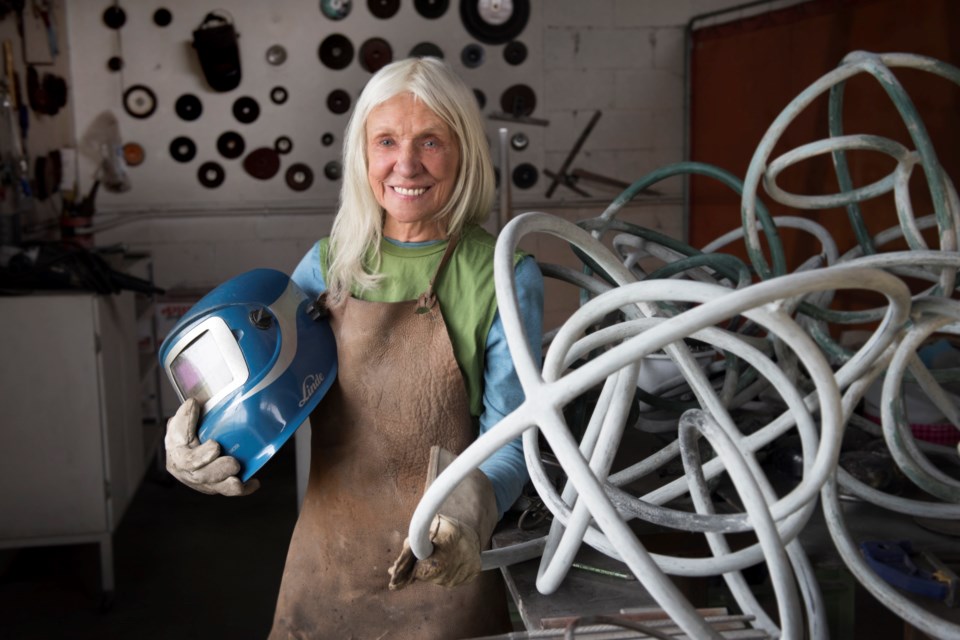 Conceptual sculptor Katie Ohe is this year's recipient of the Alberta Order of Excellence. Submitted photo.

The renowned conceptual sculptor accepted the Alberta Order of Excellence at Government House in Edmonton. This isn’t the first recognition bestowed upon the 82-year-old. Ohe is an elected member of the Royal Canadian Academy of Arts. She received an Honorary Doctor of Laws from the University of Calgary in 2001 and is a recipient of Queen Elizabeth II’s Golden and Diamond Jubilee Medals, and the Alberta Centennial Medal.

Earlier this year she was awarded the Lieutenant Governor of Alberta Distinguished Artist Award, the province’s most prestigious artistic award that celebrates Alberta’s rich cultural fabric. In 1991 she received the Alberta College of Art (ACA) Medal of Excellence and the designation Lecturer Emeritus in 2012. She received an Honorary Masters in Fine Arts from ACAD in 2018.

“The Alberta Order of Excellence members for 2019 are innovators and trailblazers who have spent their lives and careers working to lead positive change for people in Alberta, across Canada and around the globe,” said Lt. - Gov. Lois E. Mitchell.

“These women and men are further proof that Alberta’s greatest resource is its people. Our province is proud to count them as Albertans, and we sincerely thank and congratulate them for setting a strong example of what can be achieved through hard work, dedication, and public service,” said Premier Jason Kenney.

Katie Dorothea Mina von der Ohe was born to German homesteaders on a farm between Rosevear and Peers east of Edson, Alberta. From an early age Ohe knew that she wanted to be an artist, but was undecided on a medium. She was 16 when she enrolled at ACA in Calgary where she developed and honed her natural talent for conceptual sculpting.

Ohe is driven by her desire to express thoughts and emotions through her pieces. After studying at the Museum of Fine Arts in Montreal on a scholarship, Ohe returned to Calgary to finish her diploma at ACA while teaching at the Allied Arts Centre. Through the intervention of mentors she embarked on a three-year scholarship in New York at SculptureCenter. Her time there led to a further year of independent study in London, England.

Rich with education and experience, Ohe returned to ACA and worked as an instructor until she retired in 2016. Ohe and her husband Harry Kiyooka, also a renowned artist, settled on 20 acres of land in Springbank where they built a house and two large studios. In 2011 the couple founded the sustainable art-in-nature Kiyooka Ohe Arts Centre.

Ohe has exhibited her art around the globe. Her sculptures exist in numerous permanent collections from Alberta to New York.

For more information about the new inductees and information on how to submit a nomination, please visit lieutenantgovernor.ab.ca/aoe/index.html.