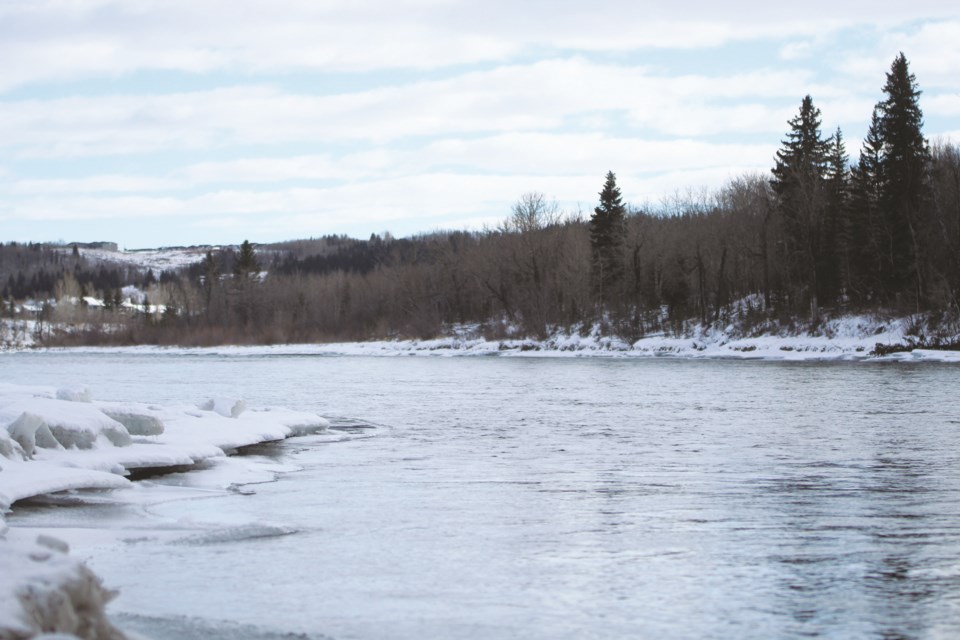 The provincial government is considering flood mitigation and water storage options along the Bow River, and delivered an update on the project to Rocky View County council Jan. 28. Photo by Scott Strasser/Rocky View Weekly

The Government of Alberta is in the preliminary stages of developing a flood mitigation and water storage solution along the Bow River upstream of Calgary and, on Jan. 28, updated Rocky View County (RVC) council on how the project could impact the municipality.

“The main goal of that study is to identify a preferred option of three,” he said.

Those three options – a Morley Reservoir, an expanded Ghost Reservoir and a Glenbow Reservoir ­­– were selected from 15 reservoir storage options upstream of Calgary, previously identified by the Bow River Working Group. During the conceptual assessment, specific dam sites were narrowed down to one for each of the three possible locations, Comerford said.

The Glenbow East option is just upstream of the current Bearspaw dam, and would flood the area behind as far as Cochrane.

“There are areas within this footprint that currently have residents in them, so they will be impacted,” Comerford said. “This will also impact the Glenbow Ranch Provincial Park, which is further upstream. There are a fair amount of impacts with this option.”

Meanwhile, the relocated Ghost option would consist of building a new dam structure downstream of the exiting one to create additional storage capacity before removing the current structure. The dam itself would be a concrete gravity dam similar to what is in place now.

Information on a third option at Morley could not be provided to RVC, according to Comerford, as the Government of Alberta is still in the process of consulting with the Stoney Nakoda First Nation. The First Nation would be directly impacted, he said, as the dam would be on its land.

Throughout the fall of 2019, the project group met with Indigenous groups and stakeholders such as the Springbank Community Association and the board of CottageClub Ghost Lake. Three public information sessions in the Cochrane area were also held in September and October. According to Comerford, around 350 people attended.

“Engagement continues,” he said. “Even though this phase of the project will conclude at the end of March this year, the email address [AEP.bowbasin@gov.ab.ca] is still being monitored by my team.”

A final report is expected in March, which will be sent to the province before it proceeds to the next phase, Comerford said. Further, a decision on a specific reservoir option won’t happen until the end of Phase 2, which will likely be in 2023.

Boehlke acknowledged the need for water storage along the Bow River.

“Calgary says that by 2036, their draw of the river is going to be at maximum capacity – that’s not their license capacity, that’s how much they can actually take out of the river at peak demand,” Boehlke said. “Something needs to be done to store water.”

Boehlke added that the only viable option, in his opinion, was relocating the Ghost dam.