A girls’ school in Afghanistan will receive a refurbished volleyball court, thanks to a group of generous Cochranites who bundled up and bustled along the Bow River last weekend in support of females in sport.
0
Jan 5, 2017 12:00 AM By: Cochrane Eagle Staff 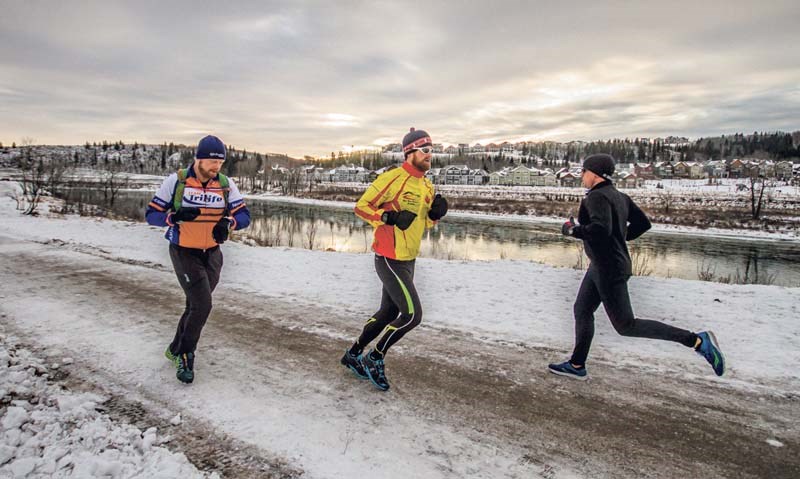 A girls’ school in Afghanistan will receive a refurbished volleyball court, thanks to a group of generous Cochranites who bundled up and bustled along the Bow River last weekend in support of females in sport.

“What I love is, it’s an event – I love bringing different groups together…,” said Martin Parnell, organizer of the seventh annual New Year’s Eve run.

A total of 112 runners circled in two-kilometre loops around Spray Lake Sawmills Family Sports Centre – running everything from fun run to marathon distances – in mild winter temperatures to raise money for the Markaz Girls’ School in Bamiyan, Afghanistan.

The end-of-year event brought in $4,412 – just a little more than $500 shy of the $5,000 Parnell hoped to raise to make all the improvements to the crumbling and barely usable volleyball court, as well as purchase a new net.

An online donation page at www.martinparnell.com will remain open for another few days in hopes of pushing past the financial goal.

“It is close – obviously we’re close enough that we’re going to do something: resurface and put the posts up,” said Parnell, who visited the Markaz school earlier this year when he ran a marathon with women and girls from the traditionally gender-oppressed country. “It’s going to happen.”

At the event, the Canadian Women for Women in Afghanistan helped run the registration and Pat’s Palate Pleasers provided hot chocolate and cookies for participants, who walked and ran a combined total of 1,058 kilometres.

Parnell himself completed a full marathon in 5 hours and 14 minutes – just a bit longer than the run’s inaugural year, when he finished in 4:36:50.

“I’m slowing down,” he said with a laugh. “I’m there chatting away and we’re doing the loops and there’s a lot of different people that come and go – it’s very social.”

Friends Louise Adams and Nada Merhi took it slow and chatted along their 2K route. Merhi is a member of the Calgary Muslim Marathoners group and met Parnell when he helped prepare for her own long run last year.

“I wanted to show my support,” said Merhi. “I support anything that helps sport and movement in youth.”

“(I want) Muslim women to be more active,” added Adams, who is a fitness coach. “I think it’s super important.”

Parnell said he is proud not only of the money he was able to raise for the girls’ volleyball court – but about the message that sport equals freedom, both for women and girls across the world and for people here at home.

“It’s great to have these girls and women involved form places like Afghanistan and Pakistan, where traditionally it hasn’t been encouraged to do these sports. They can express themselves through sport that they probably can’t on other ways,” he said.

“This isn’t just Afghanistan … this is just the starting point in just supporting this concept that sport is freedom, running is freedom.”