Cochrane Minor Ball kicks off season with a weekend of play

“We’ve had a really great response from our members, just wanting their kids to get out there, have fun, play the game and just hang out with their friends. And at the same time, I think the parents are just excited to get back out and see their friends and be around the diamond."
Jun 17, 2021 3:00 PM By: Tyler Klinkhammer 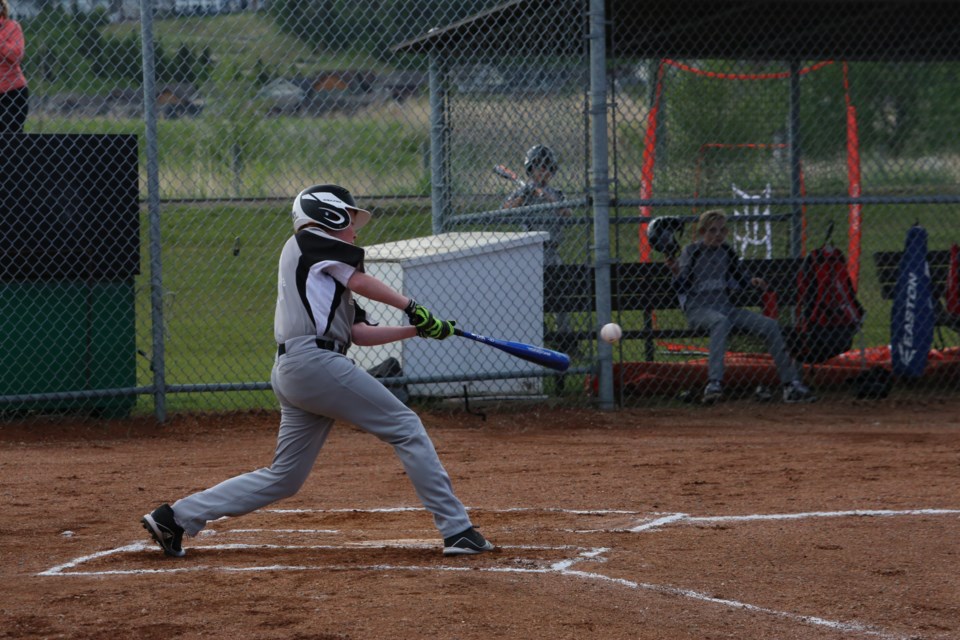 COCHRANE— Cochrane’s minor baseball teams returned to the diamonds this weekend with competitive games on June 12 and 13.

Corey O’How, the president of Cochrane Minor Ball and coach of the U13 AAA team, said it was exciting to see the players back on the field after a delay to the beginning of the season

“To see the kids getting back into competitive form and being out there with their friends and playing games against other teams, you know that kind of thing, it was a lot of fun to see the kids out there competing,” he said.

Not only were the coaches of Cochrane Minor Ball happy to see the children out on the fields again, the players themselves were also delighted to be back on the diamond, O’How said.

“They’re kind of like racehorses just raring to go, they just wanted to play so bad. It was a lot of fun seeing the smiles on their faces,” he said.

This year, the athletes playing under the Baseball Alberta umbrella, the U13 and U15 teams, are competing against many other teams across the province, returning to a schedule resembling that of a normal year.

Even the Little League teams have seen a jump in registration, and Cochrane Minor Ball has been able to field multiple teams for its spring season house league.

“Even within our own house program within Little League we’re seeing multiple teams, and coach pitch and t-ball,” he said.

As the province sees the easing of regulations, much of the game looks like it is returning to a state of normalcy.

“Obviously there are still a few regulations we need to follow, but with the game of baseball, it’s back to normal. Umpires are back behind the plate and that sort of thing,” he said.

Canadian Nationals have been cancelled this year, and the Little League World Series has limited participants to U.S. teams only, but the option of a provincial championship for the Baseball Alberta and Little League teams are still open.

“That is the plan at this time, is that both Little League and Baseball Alberta will be having their provincial championships at this time,” he said.

Right now, the Little League teams are participating in a house league and could form a competitive team for the summer league against other teams across the province.

“The Little League teams will participate in a house league through the month of July with a possibility of a summer season as well,” O’How said. “We’re not really sure what the Little League summer program looks like yet. We’ll just see how that goes and how many kids we get.”

Cochrane Minor Ball filled its rosters quite quickly and ended up closing registration with around 600 young players signed up for a summer of baseball.

As restrictions relaxed further, O’How said there were many more inquiries from the public.

“As the province has opened up again, we’ve had inquiries about it from people about it, but obviously we had already made our teams and it’s kind of tough to add more people. I really think that next year is going to be fantastic, we’re going to get a lot of kids back and the interest in kids playing ball at all of the levels is big right now,” he said.

Overall, he said, the response from the community has been overwhelmingly supportive.

“We’ve had a really great response from our members, just wanting their kids to get out there, have fun, play the game and just hang out with their friends. And at the same time, I think the parents are just excited to get back out and see their friends and be around the diamond,” he said.