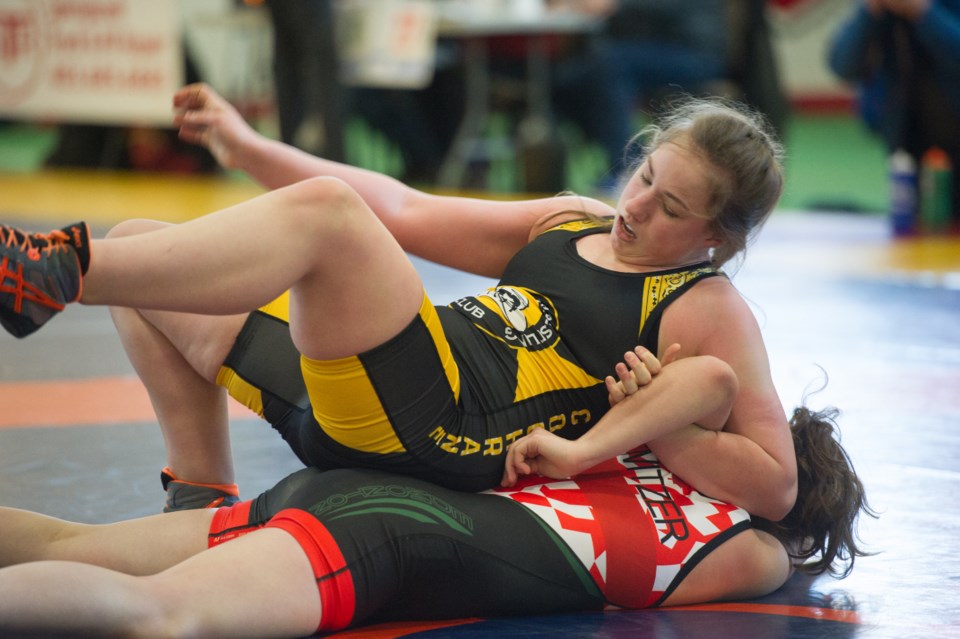 Zoe Adam is one of the nine Cochrane and area athletes participating at the 2019 Western Canada Summer Games. File Photo

The Town of Cochrane and area has a strong presence at the 2019 Western Canada Summer Games taking place in Swift Current, Sask., from Aug. 9 to 18.

More than 1,700 athletes, coaches, officials and mission staff from Alberta, Saskatchewan, Manitoba, Northwest Territories, Yukon and Nunavut will be attending the 10 days of competition. These athletes, ages 13 to 20 years old, are our country’s next generation of national, international, Olympic and Paralympic champions.

The 2019 Western Canada Summer Games will leave a lasting legacy of new and enhanced sports facilities and volunteer and leadership development that will benefit athletes and the broader southwest Saskatchewan community for years to come.

Cochrane has athletes competing against the provinces in soccer, athletics, basketball and wrestling. Bragg Creek is represented by Carson Brennan who is competing in beach volleyball.

Cochranite Aislin Phillips and the Team Alberta soccer went on a torrid pace in the round-robin portion of their tournament. They defeated the Northwest Territories 10-0 on Aug. 9 as well as the Yukon 16-0 the following day. On Aug. 11 they faced a much tougher opponent in Saskatchewan but still came away with a 2-0 victory. The team concluded their round-robin with a 1-1 draw against British Columbia who finished two points behind them in the standings. Alberta finished with a 3-0-1 record, outscoring their opponents 29-1. Playoffs will take place over the next few days.

Magdalene Smith helped Team Alberta win gold in basketball after a convincing 80-48 victory over Team Saskatchewan in the gold medal game. The team started off their tournament with a loss to Saskatchewan by a score of 64-56 before beating Yukon 103-13, Northwest Territories 80-40 and Manitoba 88-35, giving them a 3-1 record in the round robin, good for second in the standings and punching their ticket to the finals. Alberta outscored Saskatchewan 24-12 in the first quarter, scored 14 points in the second, 22 points in the third quarter and finished the game with 20 points to take the gold medal.

Fresh off a gold medal in the 3,000-metre event at the 2019 Alberta Indoor Track and Field Championships, Bow Valley High School student Amy Miller will be competing for Alberta in various athletics events that will begin on Aug. 15 and run through until Aug. 18.

The Cochrane Cowboys have five members of their wrestling team competing in the Western Canada Summer Games. Annika Fines, Zoe Adam, Jaityn Labelle, Autumn Shopa and Nicholas Hooper will be competing in different weight classes for Team Alberta when the tournament kicks off on Aug. 16.

Representing Bragg Creek is Carson Brennan in beach volleyball where he won a bronze medal with Alberta Grey. Brennan and his partner beat Nunavut in straight sets while also beating Manitoba Gold in three sets moving them to the next round where they defeated Manitoba Black but lost to Alberta Blue. The boys qualified for the playoffs where they once again beat Nunavut before losing to Alberta Grey placing them in the bronze medal match against Manitoba Gold in which Alberta came away with a straight-sets victory.