"It was and still is an absolutely surreal feeling," Noble said when asked how it felt to score the game-winning goal. "I think it was obvious to everyone in that rink how overcome with emotion every single one of us was when the puck went in."
Jan 24, 2020 1:05 PM By: Troy Durrell 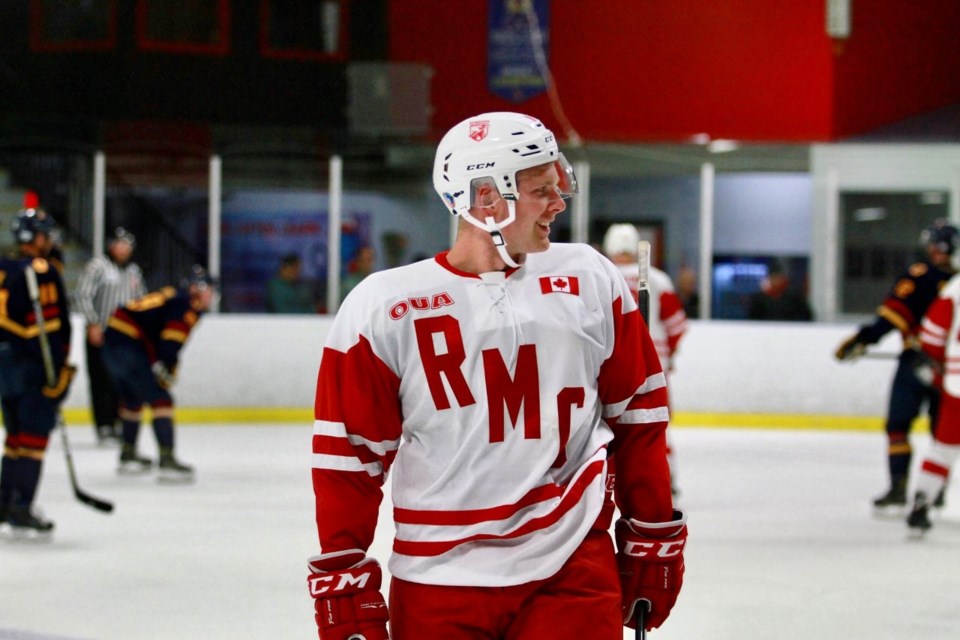 Twenty-one-year-old Cochrane-born defenceman Cole Noble is basking in the glow in the days after he and his Royal Military College (RMC) Paladins hockey team took down the Army West Point Black Knights on Jan. 18 in Kingston, Ontario with a 3-2 overtime victory in which Noble scored the game-winner. It was the first time the Paladins defeated Army since 2002.

The game was tied at two when Noble found a loose puck in the slot and fired home his first goal in a Paladins uniform that happened to win his team the Challenge Cup.

"It was and still is an absolutely surreal feeling," Noble said when asked how it felt to score the game-winning goal. "I think it was obvious to everyone in that rink how overcome with emotion every single one of us was when the puck went in."

"I initially didn't realize it was in (the puck) until the building erupted. But as I learned it had gone in, I honestly blacked out, screamed and started to celebrate ... it was a rush of emotions I had never experienced before. Knowing that we had literally gone to battle with them for more than three periods and to finally come out on top is indescribable."

The friendly exhibition game between the USport and NCAA based teams originated in 1921 when the commandant of the RMC, Sir Archibald Macdonell, and the superintendent of the U.S. Military Academy, Brig.-Gen. Douglas MacArthur, suggested a game of ice hockey between the two schools.

After two years of exchanging ideas, the first game was played on Feb. 23, 1923, at West Point. Army now leads the overall series 48-30-7 after the Paladins victory, which also included a five-year hiatus due to scheduling problems from 2006 to 2011.

Noble said the team felt the weight of not having won the contest since 2002.

"It was all that was talked about around the college heading into that game. 'How long has it been since we have won?' We would be asked that almost daily in the week prior to the game," Noble said.

"To have actually won, it goes way beyond the players and staff associated with the team. We had more than 50 alumni of the team attend the game who travelled from all over the country to support us."

"We had members of the CAF from all nearby areas come cheer us on ... the storm of messages we got from all corners of the CAF show that this is something special for all of us. From the outside, it may just seem like a hockey game that's been going on for a long time, but internally it is a tremendous boost to all the men and women who serve or have served because they are as much a part of that win as I was."

Noble and his team have six games remaining in the season which continues on Jan. 24 against McGill.