Generals gearing up for second half of the year 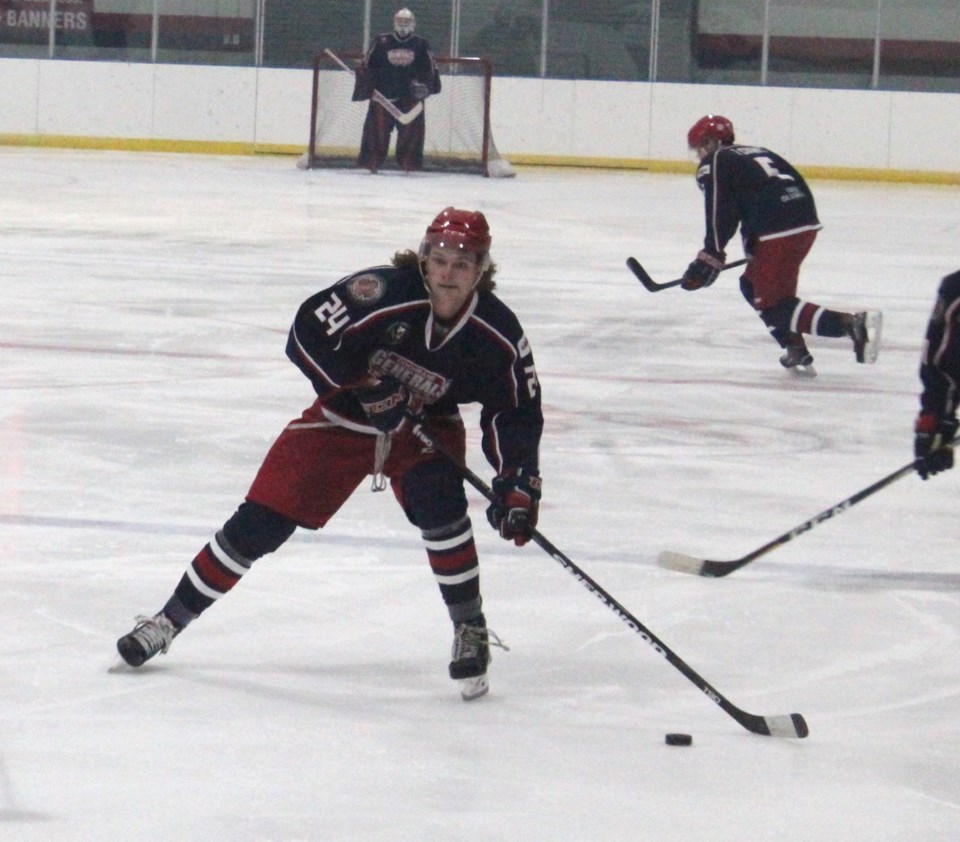 The Cochrane Generals are heading into the New Year looking to fight for a playoff spot. Photo by Troy Durrell

The Cochrane Generals are preparing for a crucial second half of the Heritage Junior Hockey League (HJHL) season after a well deserved Christmas break.

The team ended off the first half of the season with a pair of losses to the Okotoks Bisons by a score of 6-2 on Dec. 20 at the Cochrane Arena and a 4-3 overtime loss on Dec. 22 to the Medicine Hat Cubs at the Kinplex in Medicine Hat to head into the break sitting in fourth place in the Southern Division, one point out of third and two points out of second with a 17-8-2 record.

Generals goaltender Erik Garber said the team knew it was going to be tough to beat two strong teams from their division.

"Okotoks and Medicine Hat are both good teams so we knew it was going to be a challenge," Garber said.

Garber said that despite the losses, it wasn't due to the players looking ahead to the league-wide stoppage known as the Christmas break.

"No, I think everyone was still on the mindset of playing hockey. We made sure we had a good week of practice," he said. "I don't think we played poorly during the weekend, we just didn't get the outcome we would have liked. It's a well-needed break though. We've played a lot of hockey this year, with a lot of road games during that span as well."

The young goaltender who has been rock solid in the Generals net, said he and his teammates are happy with how the first half of the season went but are looking for more consistency as the season goes into the New Year.

"I think we were pretty good for the most part (in the first half)," Garber said. "A little bit inconsistent here and there but after starting off 1-3, we went into Christmas with a 17-8-2 record. I think that's pretty respectable."

"Now I do think we need to be more consistent. We've shown many times that we can be a top team and I can see it myself in practice and games when we choose to."

Cochrane will get back on the ice with a home game on Jan. 4 against the Ponoka Stampeders.