Preseason preview: a look at what's in store for the Cochrane Generals 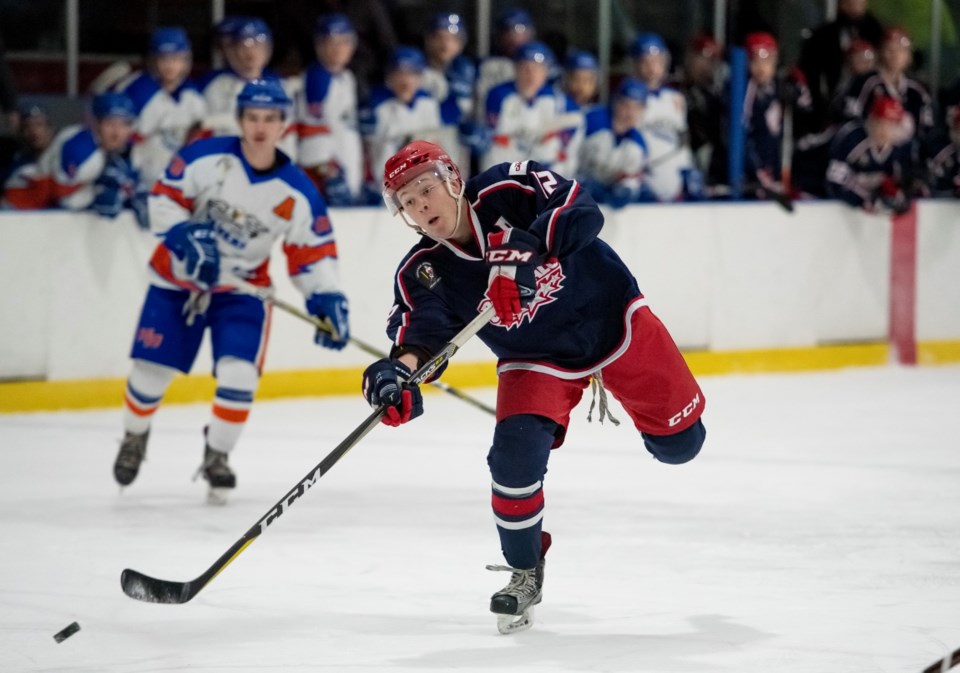 The Cochrane Generals finished its season with a record of 27-9-2 and a deep playoff run before its season was unfortunately cut short due to COVID-19. File Photo.

COCHRANE— The Cochrane Generals are gearing up for another big year, after a season that ended too soon during a deep playoff run.

Last year, the Gens made it to the division finals and were locked in a heated series with the Okotoks Bisons.

The series was a tight back and forth, with the Bisons taking games one and three, and the Gens winning games two and four in an overtime victory before the season was cut short due to the COVID-19 pandemic.

The Gens finished the regular season with a record of 27-9-2.

“We were up and down in the playoffs at the start, I mean, we went three one against Medicine Hat and then we came back and won that series. From there we just started rolling,” said Cochrane Generals’ head coach Kurtis Jones. “We had a good shot moving on. I think we could have beat Okotoks, it could have went either way, but then we got shut down.”

The Heritage Junior Hockey League is still hammering out the details of the season and how teams will compete against each other, but that hasn’t stopped the Cochrane Generals from preparing for another season of hockey.

Jones has been busy trying to get the best selection of players he can muster to attend the team's training camps in September and October.

“With COVID and everything it’s quite hard to reach out to everybody. I’ve been to three or four Junior A camps, and I’ve been to three scouting camps trying to get the best players that I think will fit our group,” Jones said. “It’s coming along pretty good, I think.”

The Gens have 15 returning players coming back from last season, but there are no guarantees for any player, returning General or newcomer.

“They’ve got to earn that. We haven’t signed pretty much anyone until after camp,” he said. “There are some guys that have played with us for four years that think it’s going to be a walk, but you’ve got to come and prove yourself in camp.”

Jones said he has developed a new scouting and evaluation system he has implemented this year to help assess players more thoroughly.

“I’ve got six evaluators and two goalie guys on the ice,” he said. “They’ll carry on with us throughout the camp. I’ve got about nine other guys that have been around Junior A and hockey for their whole lives … They’re coming to help us out for the weekend to do evaluations on our players.”

The evaluators will come in handy this year, as the Generals have five 21-year-olds slated to attend tryouts. Per the Heritage Junior Hockey League’s rules, each team can only sign four 21-year-olds to their roster.

There is also a benefit to signing returning players. Having players that already know a coach’s systems and their particular style of leadership can help a team gel faster.  However, Jones is committed to keeping the camp “fair for everybody” that attends.

“If anyone thinks the team is already made, it’s not,” he said.

Judging by the players he expects to attend tryouts, Jones sounded confident that he could put together another playoff-worthy team.

Assistant general manager of the Generals, Paddy Maclure said that the club and the league are expecting to play a 24-game season, but the plans are still flexible.

The season is shorter than usual, which means stakes are higher.

“A 24-game season, you can’t lose. You lose nine and you’re toast,” he said. “We’re going to try and keep it to minimal losses throughout the season. Our guys are going to work hard.”

Jones said he has an extensive strength and conditioning program in mind for the team this year that includes yoga once a week and spin classes.

The team also has a full-time strength and conditioning coach in Trevor Bauer.

“Last year it was an option, this year it’s not going to be an option,” he said. “We’re trying to run it as best we possibly can to fit everybody’s schedules. Trevor will draw up a program for them and run them through it and keep an eye on the players.”

In October, the Generals are planning to play in an exhibition series against the Okotoks Bisons, although the plans are still up in the air.

“It just makes sense. The competition between us is fairly good. We’re pretty equal teams,” he said. “Playing them is good competition for sure.”

Star goaltender Devin Buffalo wants to help Indigenous youth on the ice and off
Oct 22, 2020 12:45 PM