"It's an honour," Vaillancourt said of being named to the second team roster. "It's awesome to be named an All-Canadian because it shows me that my hard work is being recognized."
0
Dec 23, 2019 1:15 PM By: Troy Durrell 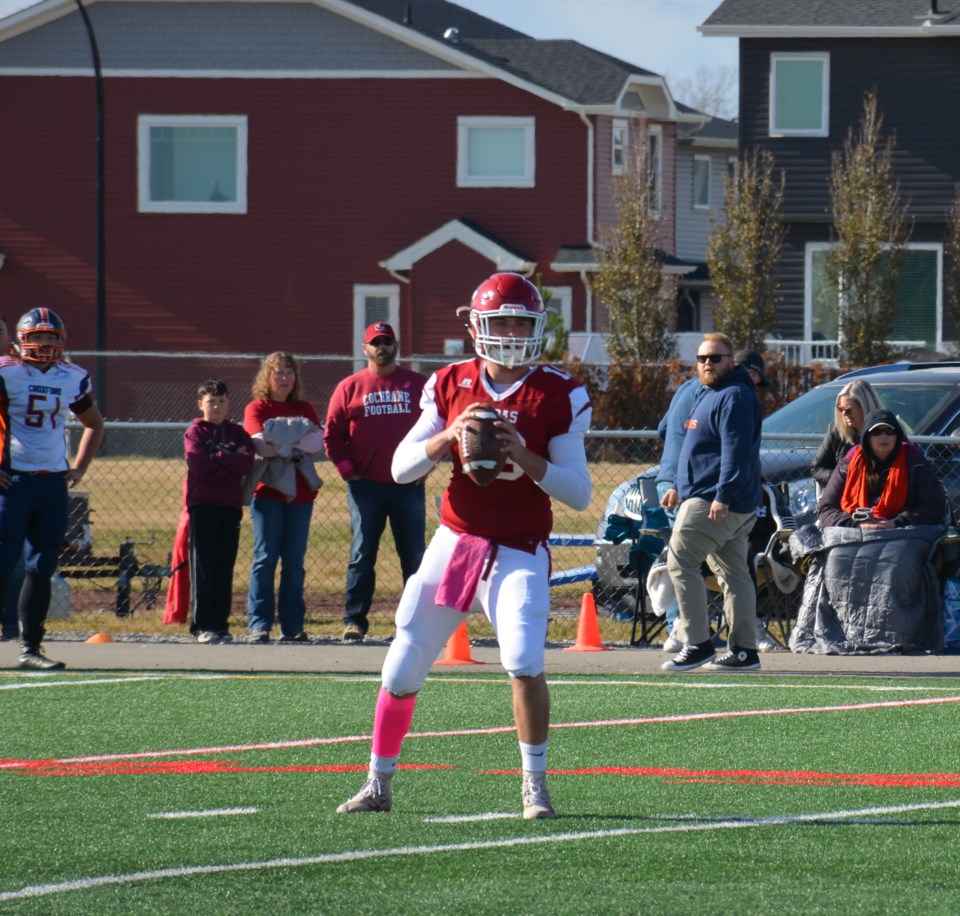 Cochrane Cobras quarterback Xavier Vaillancourt has had quite the week.

The senior star is fresh off winning several awards at the team banquet on Dec. 15, which included being one of the six Cobras named the team's Most Valuable Player (MVP) as well as winning the Rocky View Sports Association's MVP, Vaillancourt was named to the Canada Football Chat All-Canadian second team on Dec. 18.

"It's an honour," Vaillancourt said of being named to the second team roster. "It's awesome to be named an All-Canadian because it shows me that my hard work is being recognized."

"I saw it on the CFC Instagram page," he added about how he found out he was named. "It was a nice surprise to get that information in the middle of the school day."

Vaillancourt said the last few days have been a bit of a whirlwind with all the personal accomplishments he's achieved.

"It's been awesome the last few days," he said. "There's no better way to end a high school career."

"Over the last few days, I've simply been trying to take it all in the best I can and try to not take it for granted. Next year will be different. I'm going to be playing a different role for the (Calgary) Dinos and being a team player is the number one priority for them."

The Cobras had another historic season in 2019. The team went 6-0 during league play, won both of their playoff games to win the Rocky View Sports Association (RVSA) league championship before adding another three wins in provincials to take home their sixth straight provincial championship with a 17-0 victory over the Holy Rosary Raiders.

Vaillancourt played his role in the championship season, something he said he's very proud of.

"For our team, we accomplished our goal which was to win provincials," Vaillancourt said, whose just adding to his laundry list of achievements which includes playing in the CFC Prospects Game, an event that features the top 70 high school football players in the country.

"I helped the team win and I played my part so that gives me a good feeling about the year. I think I played well (over the course of the season). During the off-season, I had a couple of personal goals to improve my quickness and completion percentage."

"I think I showed that in the year so I am happy that I was able to work on some of my weaknesses and improve."

He said the season gave him a lot of confidence heading into next season at the University of Calgary.

"It definitely compliments this year's season," he said of his final year in the Cobras red and white. "But next year I need to keep working and keep my game sharp for camp."

There's a couple of ways he plans on doing that and showing up to the Dinos spring camp as ready as he can be.

"I need to keep working on my foot speed. The rest of my game I need to fine-tune in order to be able to play well at the speed of USports football."