Most abiding by COVID-19 rules, back fines, arrests of those who aren't: Poll 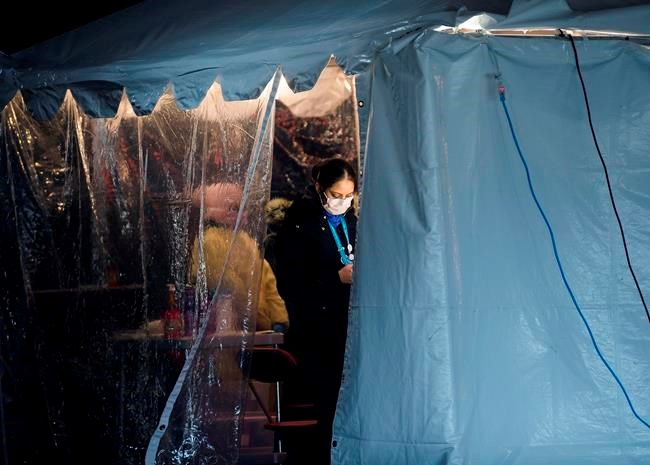 OTTAWA — Most Canadians are doing what they're told to prevent the spread of COVID-19 and would support harsher measures to punish those who aren't, a new poll suggests.

Of the 1,590 adults surveyed between March 27 and 29, the vast majority said they were practising social distancing (97 per cent), keeping at least two metres apart from others (95 per cent), washing their hands more frequently than usual (95 per cent), going out only for necessities (94 per cent) and coughing or sneezing into their elbows (92 per cent).

Fully 64 per cent said they've personally witnessed people not respecting the measures implemented to curb the spread of the deadly virus.

A whopping 92 per cent they'd agree if governments authorized police to fine such people as some jurisdictions have begun doing; 82 per cent would agree to police arresting those who disrespect the measures.

And 77 per cent said they'd agree to a complete quarantine of an entire city if necessary, allowing no one to enter or leave except for essential services.

For now, however, the poll, conducted jointly by Leger and the Association for Canadian Studies, suggests Canadians are broadly satisfied with the measures their governments have been taking to deal with the crisis.

"Our sort of natural capacity as Canadians to trust government is probably what will help us get through this in better shape relative to our southern neighbours," said Leger executive vice-president Christian Bourque.

The level of satisfaction among Canadians was in stark contrast to the 1,004 Americans who were simultaneously surveyed: just 47 per cent said they were satisfied with the U.S. federal government's response, presided over by President Donald Trump.

The poll found the proportion of Canadian respondents who weren't taking the crisis seriously went down three percentage points over the past week — to 17 per cent who said it's totally or partly overblown.

At the same time, the level of fear rose five points, with 62 per cent saying they were very or somewhat afraid of contracting the disease themselves and 73 per cent afraid for a member of their immediate family.

Eight per cent said they know someone who has contracted the disease — up four points from last week.

Even so, 65 per cent said they think the worst is yet to come.

Respondents were randomly recruited from Leger's online panel. The poll cannot be assigned a margin of error because internet surveys are not considered random samples.