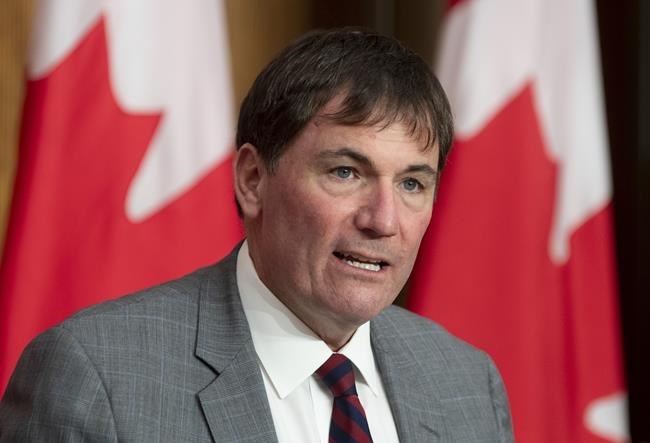 OTTAWA — Intergovernmental Affairs Minister Dominic LeBlanc says a short list of potential candidates to become Canada's next governor general will be in Prime Minister Justin Trudeau's hands in "the next few days."

LeBlanc told a House of Commons committee Thursday that a six-member advisory panel that has been conducting a search for potential candidates has finished its work and will be forwarding its "interesting" recommendations to Trudeau shortly.

He acknowledged that he had hoped the matter would be resolved sooner.

The position of governor general, Canada's head of state, has been vacant since Julie Payette resigned in January following a scathing independent report on the toxic work environment that had developed at Rideau Hall during her tenure.

Since then, Richard Wagner, chief justice of the Supreme Court of Canada, has been fulfilling the governor general's duties as administrator — a situation LeBlanc admits is not ideal for the long term.

This report by The Canadian Press was first published June 20, 2021.