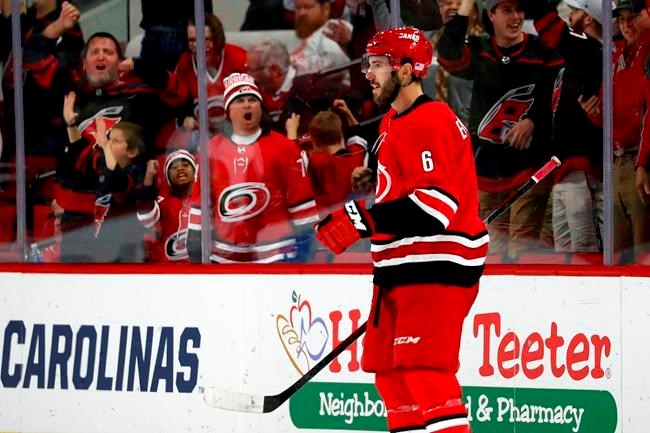 MONTREAL — The Montreal Canadiens have signed new defenceman Joel Edmundson to a four-year contract with an average annual value of US$3.5 million.

The Habs traded a fifth-round pick to the Carolina Hurricanes on Saturday to acquire the rights to Edmundson, who could have become an unrestricted free agent next month.

This report by The Canadian Press was first published Sept. 16, 2020.