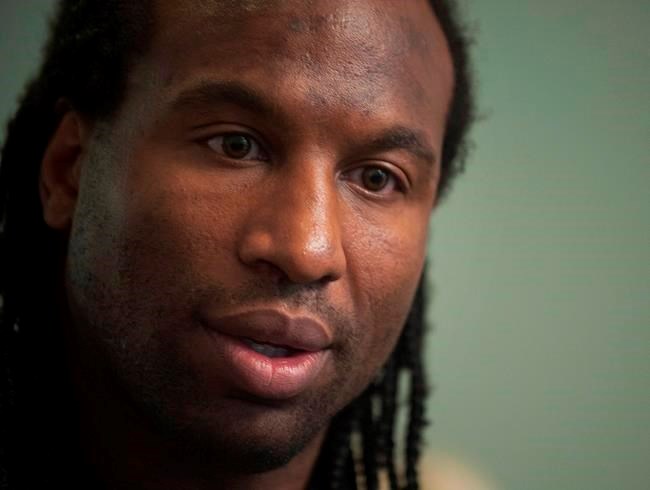 The 43-year-old Laraque made the announcement on social media Thursday alongside a photo of himself in a hospital gown.

The veteran of 695 NHL games said: "I guess I'm not invincible, just got diagnosed with Covid, since I'm asthmatic, not the best news, will fight it off!"

Laraque played 12 seasons in the NHL including eight with the Edmonton Oilers and two with the Montreal Canadiens. He also suited up for the Phoenix Coyotes and Pittsburgh Penguins.

The Montreal native was selected by Edmonton 31st overall in the 1995 draft and made his NHL debut with the Oilers in 1997-98. Following stints with the Coyotes and Penguins, he retired with the Canadiens following the 2009-10 season.

He produced 53 goals and 153 points along with 1,126 penalty minutes. Known as "The Rock," Laraque played the role of enforcer going all the way back to his time in major junior.

Laraque has written an autobiography, done public speaking and devoted much of his time to charity work since retiring.

He was recently assisting with a campaign called 'Give Protection' in Laval, Que., in an effort to get more Personal Protective Equipment to front-line staff, posting a video of himself on April 1 outside a nearby hospital.