COFFEE WITH WARREN: 70 years a blessing 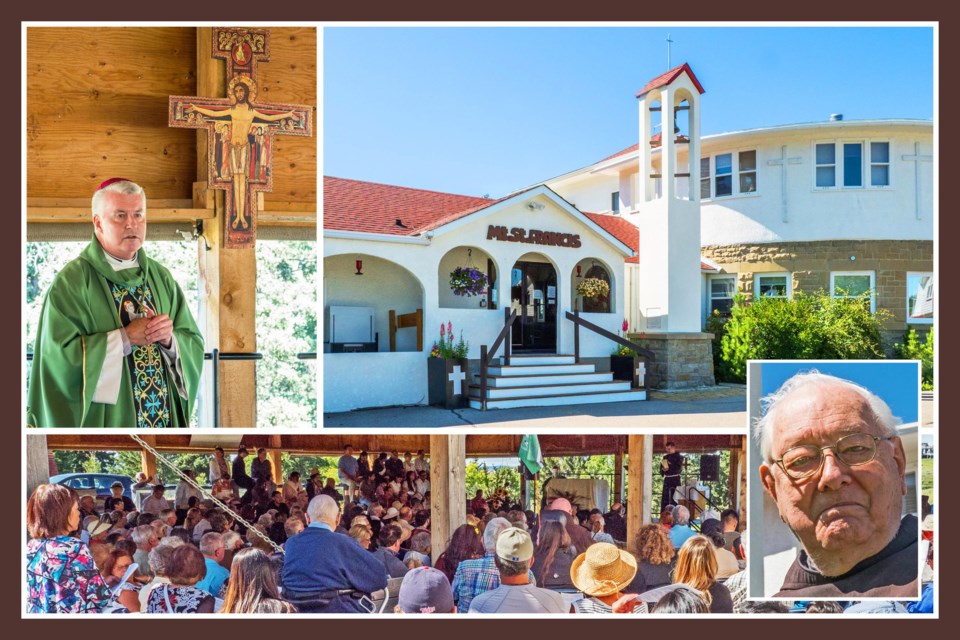 This past Sunday I attended an event that evoked from my childhood memories a Sunday school song that had just encountered a delightful example.

It was the 70th anniversary celebration of Mount St. Francis Retreat Centre, that 500-acre beacon of blessing overlooking the Big Hill Creek Valley just northeast of Cochrane. Folks throughout western Canada have long availed themselves of the facility’s ecumenical spiritual and social ministries in the spirit of its namesake.

The heart of the well-attended gathering was the afternoon Mass in the outdoor pavilion, presided over by the Roman Catholic Bishop of Calgary, William McGrattan. In his homily on a Scripture passage found in the Letter to the Hebrews (12:1-2), he spoke of the “great cloud of witnesses” down through the ages whose faith-based perseverance in the face of struggles serves as an example to us never to give up in our own walk of faith.

Of course, inspired by our hosts’ examples, how could I not realize that I was, at that very moment, among a “cloud of witnesses” whose lives of prayer equipped them for being a blessing to so many? One personally inspiring member of that cloud sitting not far from me was Friar Louis Geelan. Before Mass he’d shared with me how, when still in high school, he’d attended the Mount’s first men’s retreat exactly 70 years earlier to the day. I’m sure that profoundly influenced his becoming a Franciscan himself and eventually a member of the Retreat Centre’s team.

I began with a Sunday school song that pleads for us to become agents of God’s blessings. How can I not conclude with a similar song attributed to St. Francis of Assisi himself – a prayer that details ways in which we can all be blessings to others?