“You’ve got to accentuate the positive / Eliminate the negative / Latch on to the affirmative / Don’t mess with Mister In-Between.”
0
Mar 21, 2020 6:00 AM By: Freelanced Submission 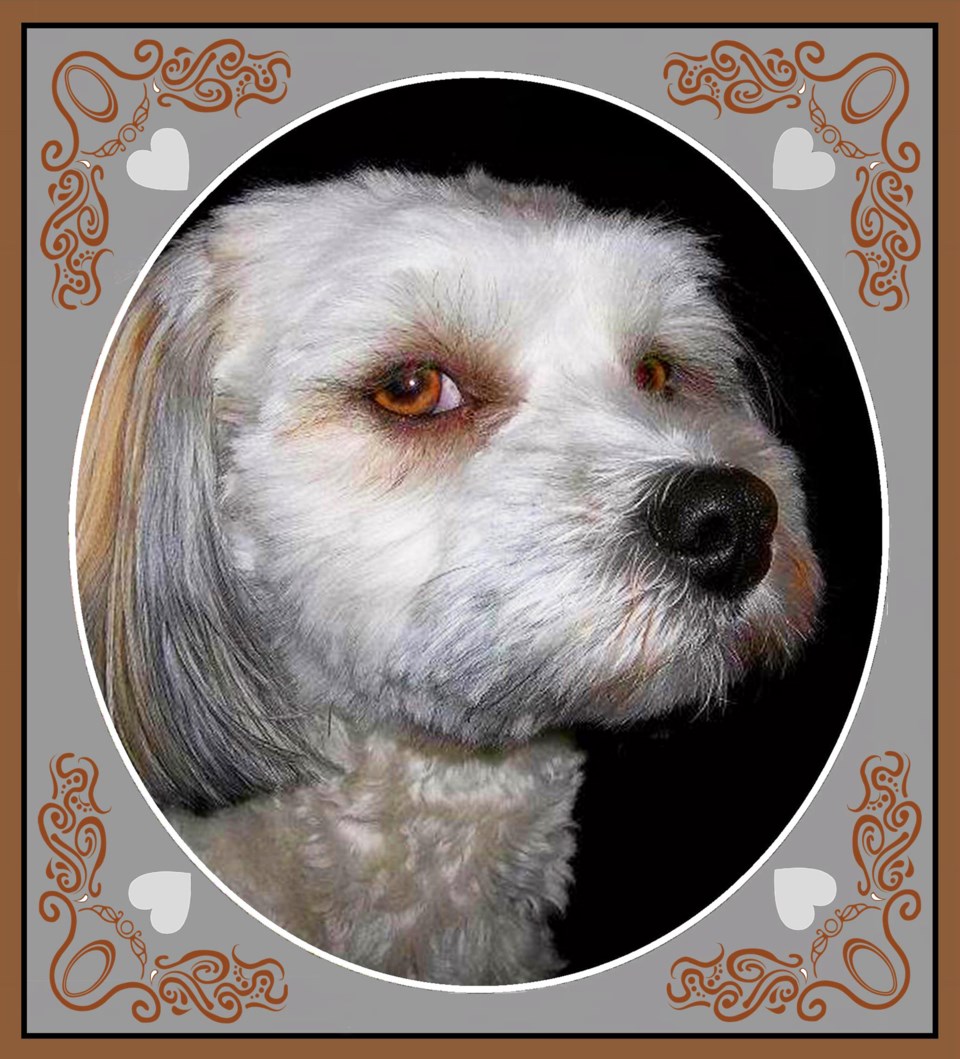 Headlines were gloomy the other day as I paid my late-morning visit to Cochrane Coffee Traders and took a table by the window. Within minutes, well-informed reader Ginette Losier joined me and we began lamenting over the news of COVID-19, the economy, and their social impact. Yes, discouraging, to say the least.

Then I recalled Facebook postings by a friend of mine that always lift my spirits. I pulled out my smartphone and went to Gary Lefebvre’s account. For the next 20 minutes Ginette and I oohed and aahed over photos of puppies cuddling kittens, horses nuzzling dogs, and similar heartwarming scenes. For a few magical moments, Gary’s postings had transported us from doom and gloom to peace and happiness.

We wondered what drew Gary to these touching scenes, so we invited him to join us.

It’s all Kash’s fault, he explained, and told us the story of how his beloved Bichon Shih Tzu entered his life nearly ten years ago and has been making him a better person ever since.

Gary is well known around Cochrane as a musician, owner of Phantoms Music, and for his involvement in the Nakoda-Cochrane Pickin’ Party, but his earlier life as a performer was just about destroyed by drugs and drinks, he says.

Then 30 years ago he met his wife, Debbie, and life began to turn around. She was a horse and dog person. In 2008 she accompanied Cochranite Martha Birkett on her horseback ride from Ottawa to Cochrane to raise funds for the Children’s Wish Foundation. At the Manitoba-Saskatchewan border Martha received Kash’s mother as a gift.

“When Kash’s mom had her litter, I took care of them in my garage,” Gary says. “Kash was the first to come to me, so I picked him for my own.

“He is with me every day, and we share daily walks and, basically, he’s my closest companion. He has helped me become a better person. He lives in the moment, which is something that I could do a lot more. He brings a smile to my face every day. He doesn’t judge; he just is, and I am blessed to be in his company.

“Sometimes when I’m sitting down and in a reflective mood, he will come to me and look at me to see how I am. When I give him that happy smile, he leaps up to my lap, wiggles himself into a comfortable position, and is quite happy to just be with me.

“The thing is, I can’t stay angry if he’s around me. He has a way of looking at me that I love, a look that has me smiling in no time.”

And how does this relate to Gary’s Facebook postings? When he’s feeling a bit down, he says, Kash “is always there for me and in no time at all I get back to my happy place.” And so, it’s through these delightful animal postings on Facebook that Gary hopes others will get back to their happy place today, in spite of the gloomy times in which we live.

Gary’s enthusiasm for Kash and his inspiration for his Facebook postings remind me of Johnny Mercer’s catchy lyrics from back in 1944:

“You’ve got to accentuate the positive / Eliminate the negative / Latch on to the affirmative / Don’t mess with Mister In-Between.”

I’m thinking that Gary, Kash and his furry Facebook friends just may have been influenced by the next two lines from that hit song: “You’ve got to spread joy up to the maximum / Bring gloom down to the minimum….”