COFFEE WITH WARREN: Praising truth in era of fake

In view of the current tug of war between truth and political rhetoric, I’m revisiting a column I first published on Jan. 4, 2018, especially relevant at this critical time.
Nov 12, 2020 12:30 PM By: Warren Harbeck 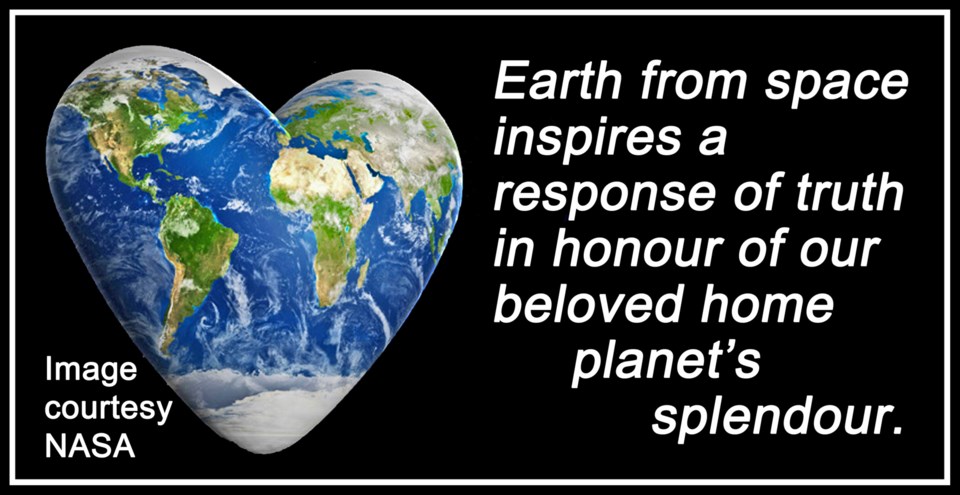 In view of the current tug of war between truth and political rhetoric, I’m revisiting a column I first published on Jan. 4, 2018, especially relevant at this critical time.

SINCE 2000, GLOBE-TROTTING international development consultants Michael and Judie Bopp have held an annual end-of-the-year State of the World forum at their home west of Cochrane. Themes have typically drawn from the highest values in our common humanity to explore what we, as individuals and groups, can do to make a positive difference on this beautiful planet we call home.

The past year truth has taken “a serious drubbing by the forces of self-interest,” Michael says. This has reached the point where “the very meaning of the term ‘the truth’ has been called into question. It’s not just that people with power and authority telling lies and silencing truth tellers became a dominant pattern. That’s not new. But this is the year when those in authority began to question the very idea of truth, and thousands of their supporters herded themselves over the same cliff.”

Opinion has usurped the honorable place of truth, he says. “It is only your opinion and my opinion.” And those who shout their opinions the loudest win. “The strangest part about all of this is that once a new ‘reality’ is thus established, evidence becomes irrelevant.”

Participants were quick to provide examples. This distortion is the heart of propaganda, several noted. If you proclaim a lie long enough and loud enough, people will believe it. Others suggested that truth and love are flip sides of the same coin, and to act and speak outside the truth amounts to hatred.

This theme is especially important for me as a writer, linguist and religious studies scholar. I concluded my Christmas column with the angelic words, “and on earth, peace.” But how can there be peace without trust? And how can there be trust without truth?

One of my all-time favourite writers, Aleksandr Solzhenitsyn, made this the point of his lecture, One Word of Truth, upon receiving the 1970 Nobel Prize for Literature. He had endured much at the hands of the Soviet Union’s truth-sacrificing Stalinist regime. But he refused to give in to the lie, and to violence, its partner in crime.

Solzhenitsyn ends his lecture by saying: “Let us not forget that violence does not live by itself. It can only exist with the help of the lie. Between these two there is a most intimate, natural and fundamental connection. Violence can only be concealed by the lie, and the lie can only be maintained by violence…. Violence does not always, not necessarily, take people by the throat and strangle them. Usually it demands no more than an oath of allegiance from its subjects. They are required merely to become accomplices in the lie.”

So, what can we do about it? The Nobel Laureate adds:

“There is a simple step a simple courageous man can take: not to take part in the lie, not to give his support to false actions. Let this principle enter the world and even dominate the world, but not through me. Writers and artists are capable of something more. They can defeat the lie….

“This is why I think … that in this hour of trial we are capable of helping the world,” he says. “We have no weapons of death, but let this not be our excuse. Let us not give in to a life of ease and security. Let us go forward into battle!”

Thank you, Michael and Judie, for raising the matter of truth. Keep up your own truth-affirming initiatives, and pray that the rest of us will do likewise for the sake of this beautiful planet we call home.