Several questions continue to plague councillor Jeff Toews over council’s March 25 decision to give administration the thumbs up to submit an application to the provincial government with regards to an alternative option for transit.
Apr 3, 2013 12:00 AM By: Cochrane Eagle Staff 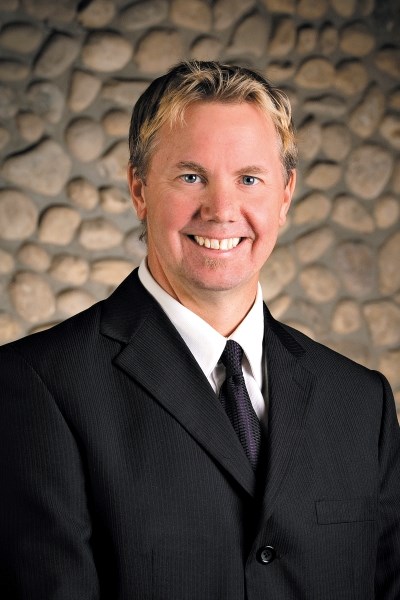 Several questions continue to plague councillor Jeff Toews over council’s March 25 decision to give administration the thumbs up to submit an application to the provincial government with regards to an alternative option for transit.

During council’s most recent meeting, a blueprint for what transit may look like in Cochrane was approved by a 5-2 vote – Toews and councillor Ivan Brooker being the two opposed – which permits administration to submit an application to the provincial government to ensure that GreenTRIP funding is still available to the town for a portion of capital costs for transit.

Though he openly admits that transit will eventually be a reality in Cochrane, and that he is not against such a service, Toews is bewildered why many councillors seem to be in such a rush to get a transit plan complete.

“I think what perplexes me about our council meeting on March 25 is that when councillor Brooker proposed to have the question tabled until the next meeting so we had a chance to talk to our constituents about the new plan, it was soundly defeated,” said Toews. “This coming from some of the same group of councillors who say they value the community engagement.”

During the last council meeting, members were presented with three alternative options for moving transit forward.

Option one and two being local transit offerings and option three an inter-city choice.

Council chose to move forward with option two, a dial-a-bus system covering a large portion of the community with 60-minute intervals.

Toews, however, suggested that administration develop a 10-year financial plan for the transit alternative they were considering, and that that plan be presented to council prior to it being approved.

“Where is a long-term business plan to guarantee our transit rates are tied to inflation and won’t skyrocket as soon as the first bus arrives?” questioned Toews.

But the financial plan is just the tip of the iceberg.

“If it was simply to receive the report as information,” Toews said of March 25 alternative transit proposal that was put before council, “I know Brooker and I would have had no problem doing so. To endorse the strategy outlined in the report, I could not do, as it had too many unanswered questions.”

One of those questions was cost, both with relation to property taxes and capital costs for implementing a transit system – such as buses and bus shelters.

“This one third is coming from a grant,” said Toews, “a grant that can be used for a multitude of other essential projects in town, such as a pool, arts centre, curling rink and soccer turf. These are all services that will be used by much more than 180 people.”

By 180 people, Toews is referring to the number he believes, based on information provided by John Steiner – a transit expert with Urban Systems who presented to council on March 25 – who predicts ridership to be less than one per cent of Cochrane’s population during the first two years of transit.

“As a member of our community,” Toews asked, “are you OK that we will be using almost $500,000 in tax dollars per year for a ridership that would be less than one per cent?”

The suggested operational times for transit is another thorn in Toews’ side, as option two proposes a Monday to Friday, 9 a.m. to 5 p.m. service.

“These times don’t make sense when people need to access work, school and recreation (during) evenings and weekends, as well as weekdays,” said Toews.

Toews feels it is unfair to tax all Cochrane property owners when not everyone would have equal access to the bus service.

“Our sustainability plan calls for a close, connected community,” he said, “and although everyone would be taxed for this service, not everyone would have the same access.”

Toews also wants to find out whether the town would be required to pay back GreenTRIP funding if, after a couple years, the transit system is not working.

So, what does Toews want to see to be able to approve a transit plan?

First, a guarantee that the price would remain at $35 plus inflation per household; second, a route system that is fair to the entire community; third, a sound, long-term business plan with checks and balances; and finally, confirmation that transit will not escalate beyond the ‘comfort zone,’ and if it does, the service can be discontinued or modified without penalty.

“When (transit) comes,” said Toews, “I want it to have every chance of success, and if that means pushing it back a few more years when we have a greater population, then so be it.”