Bad time to get into fight with doctors

This is the time when we look to leaders to make the best decisions and help us ride this wave of uncertainty. We elected them to do this, even in a crisis.
Apr 2, 2020 6:00 AM By: Cochrane Eagle Staff 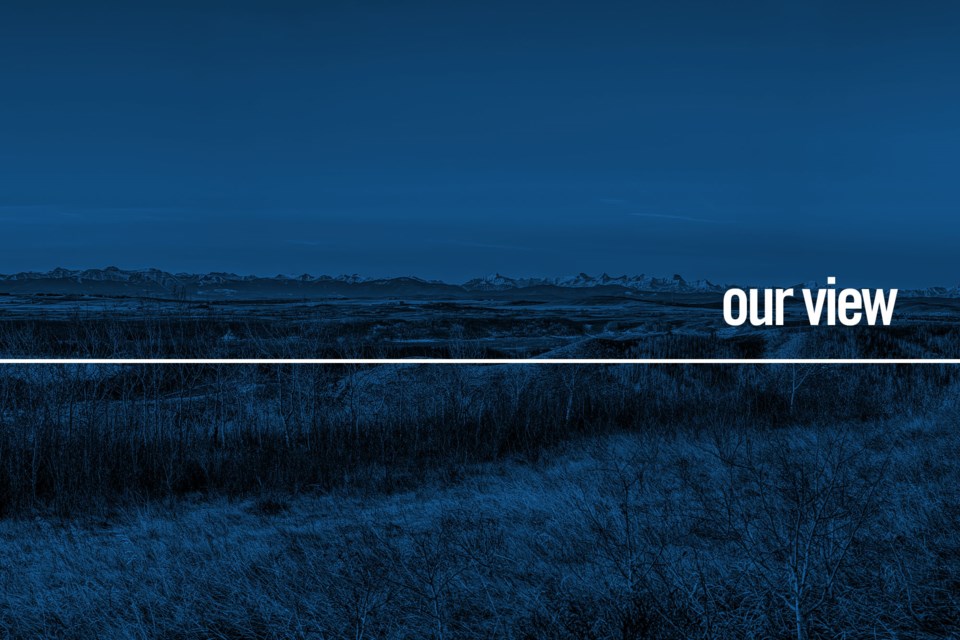 The timing couldn’t be worse.

In the face of what has been described as an unpredictable and devastating pandemic, 25 Cochrane doctors have penned a letter to MLA Pete Guthrie in an attempt to pressure our provincial government to reconsider “poorly considered” changes to Alberta’s healthcare system.

Local doctor Candice Knoechel says doctors won’t deny patients care despite the risk and uncertainty they’re feeling. She says the UCP knows this and are playing that advantage. Knoechel said the UCP has the ability to not care, but doctors don’t.

She added the discussions with the provincial government have felt “combative” and went downhill since they terminated their contract unilaterally and forced through changes without careful consideration short of the bottom line.

Dr. Julie Torrie, who has practiced in Cochrane for nine years, said she received a “superficial” response to the letter from Guthrie after trying to reach him on multiple occasions. Torrie has sent several emails to Health Minister Tyler Shandro and hasn’t received a reply.

Their cry for help was heard by Opposition Health Critic David Shepherd who read their letter on his Twitter account on Saturday, Mar. 28. Shepherd met with doctors recently in Canmore and listened to their concerns about the damage the cuts will do to the province’s healthcare system.

As for Shandro, he’s been in the news lately.

Yes, this is the same Shandro who was accused of confronting an Edmonton-based doctor at his home on Saturday, Mar. 21. Shandro, who lives near the doctor, allegedly approached Dr. Mukarram Zaidi and berated him about a Facebook meme he had reposted. Zaidi’s wife and children were within sight and earshot of the incident.

Zaidi claims that he no longer feels safe in his home. When the allegations became public, NDP Opposition Leader Rachel Notley called for Shandro’s resignation and said he showed a tremendous lapse of judgement.

Later that day Premier Jason Kenney seemingly brushed aside the call for Shandro’s dismissal and instead said Albertans can understand when a husband and wife get passionate when their spouse is being attacked or even threatened and defamed.

The meme Zaidi shared referenced an alleged conflict of interest involving Shandro, his wife, and a supplementary health benefits company they are part-owners of. The minister’s press secretary said Shandro’s wife had received a number of threatening emails and phone calls to her place of work and social media posts like the one Zaidi shared were contributing to those attacks.

Let’s talk about passion. The world is in the grips of a deadly virus and everyone is rightfully on edge. This is the time when we look to leaders to make the best decisions and help us ride this wave of uncertainty. We elected them to do this, even in a crisis.

It’s hard to imagine the pressure our leaders are feeling under this weight of expectation, but Shandro should have used better judgment and his passion should be centred on the wellbeing of Alberta’s healthcare system, not in defence of a Facebook meme.

Our frontline healthcare professionals are rightfully terrified for their wellbeing, safety and viability. They’re under tremendous pressures with the coronavirus and the cutbacks that took place Apr. 1. A clinic in Cochrane might have to lay off their office staff and it’s likely that clinics might close. Doctor’s aren’t coming to Alberta because of severe cutbacks and Knoechel said her and her staff are having issues accessing personal protective equipment.

These should be our government’s priorities.