“I believe my class has the potential to do many things and that we will all work very hard to graduate. I believe all of us are destined for great things in the future and I’m excited to see where my classmates go."
Jul 9, 2020 3:00 PM By: Chelsea Kemp 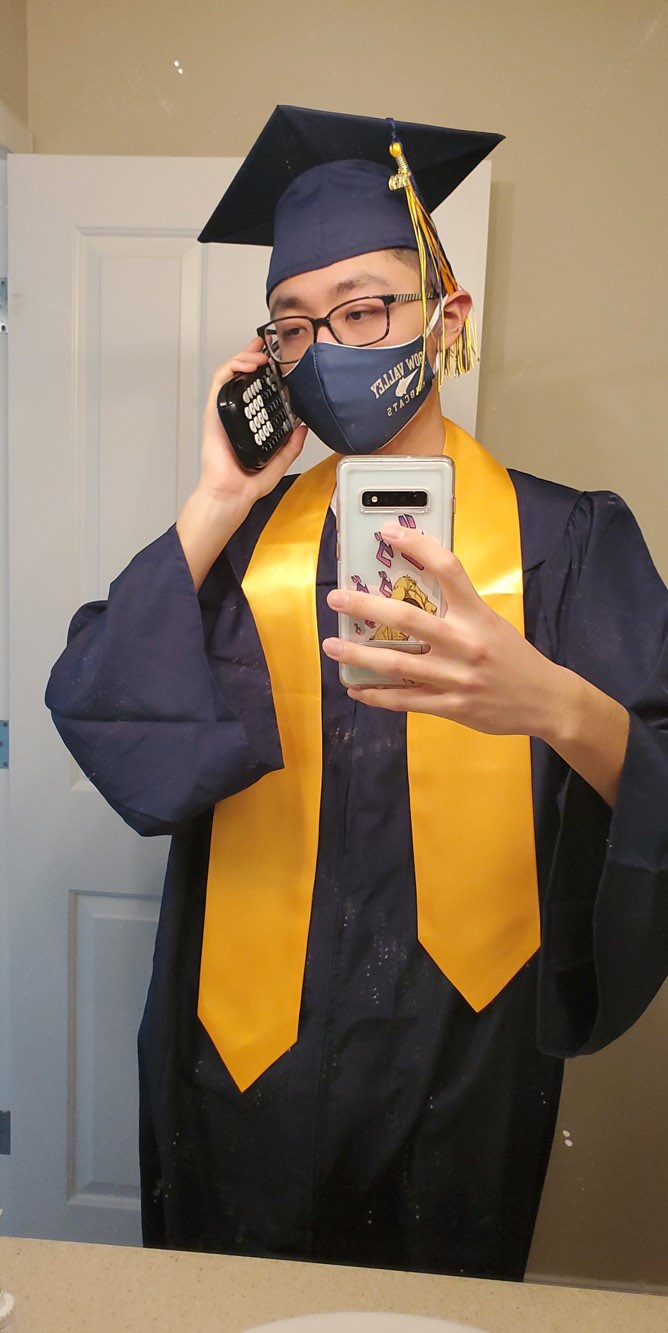 Wong said he especially enjoyed the performing arts because it served as an opportunity to interact and be creative with his classmates.

It was an unusual choice, he added, because he stepped onto the stage for the first time in his Grade 12 year. Wong decided to sign-up because he wanted to try something new.

“It's definitely become one of my favourites,” Wong said. “There’s just a lot of kind, welcoming people in there and they're all very passionate about what they do.”

Wong said he participated in leadership programs from Grade 9 to 11, but he was always drawn to the performing arts because his classmates seemed to enjoy the subject.

At first he was unsure if the subject would be for him, but he was glad he gave it a go.

“It was really cool. I was like a breath of fresh air,” Wong said.

In their first semester of Grade 12 students rehearsed for the play Rock of Ages preparing for their show in December. They played to a full theatre every performance night.

Becoming in an actor was the bright spot for his last year of school, Wong said, but his high school theatre career was cut short due to the unexpected arrival of COVID-19 in March.

“I feel like we're still pushing on and we’re able to learn from this time and experience,” Wong said.

COVID-19 was a life-changing historical event and took time to get used to. Wong said the transition to working online went well and students did their best to adapt to the new reality.

Wong said he found out at the end of May he had been selected as valedictorian.

“I was really surprised,” Wong said. “When I got the phone call I was shocked— It was really cool to hear.”

He said he was amazed to get the phone call because he was not expecting to be chosen. Wong said with a laugh, he thought they were calling about a random change to classes.

Nest year Wong will be attending the University of British Columbia Faculty of Science. The first semester will be online so he will studying from Cochrane.

Wong said he plans to major in cognitive systems which explores sciences like AI.

“I’m pretty interested in technology,” Wong said, explaining his fascination with companies like Google, Apple and Facebook. “It’s really cool to see how they work and how their workspaces are is very interesting to me.”

Wong said he is very glad to be graduating, adding that he hopes his classmates embrace the future and help make the world better.

“I believe my class has the potential to do many things and that we will all work very hard to graduate. I believe all of us are destined for great things in the future and I’m excited to see where my classmates go,” Wong said.