“The community must have an appetite, as I do, for events this summer,” Kroffat said. “The reality is the vaccines are going to build up momentum in distribution if we’re just patient I believe … I think by the end of March into April we’re going to find we’re in a better, different place— Optimism is the fuel to drive us to the finish line.”
Feb 28, 2021 12:00 PM By: Chelsea Kemp 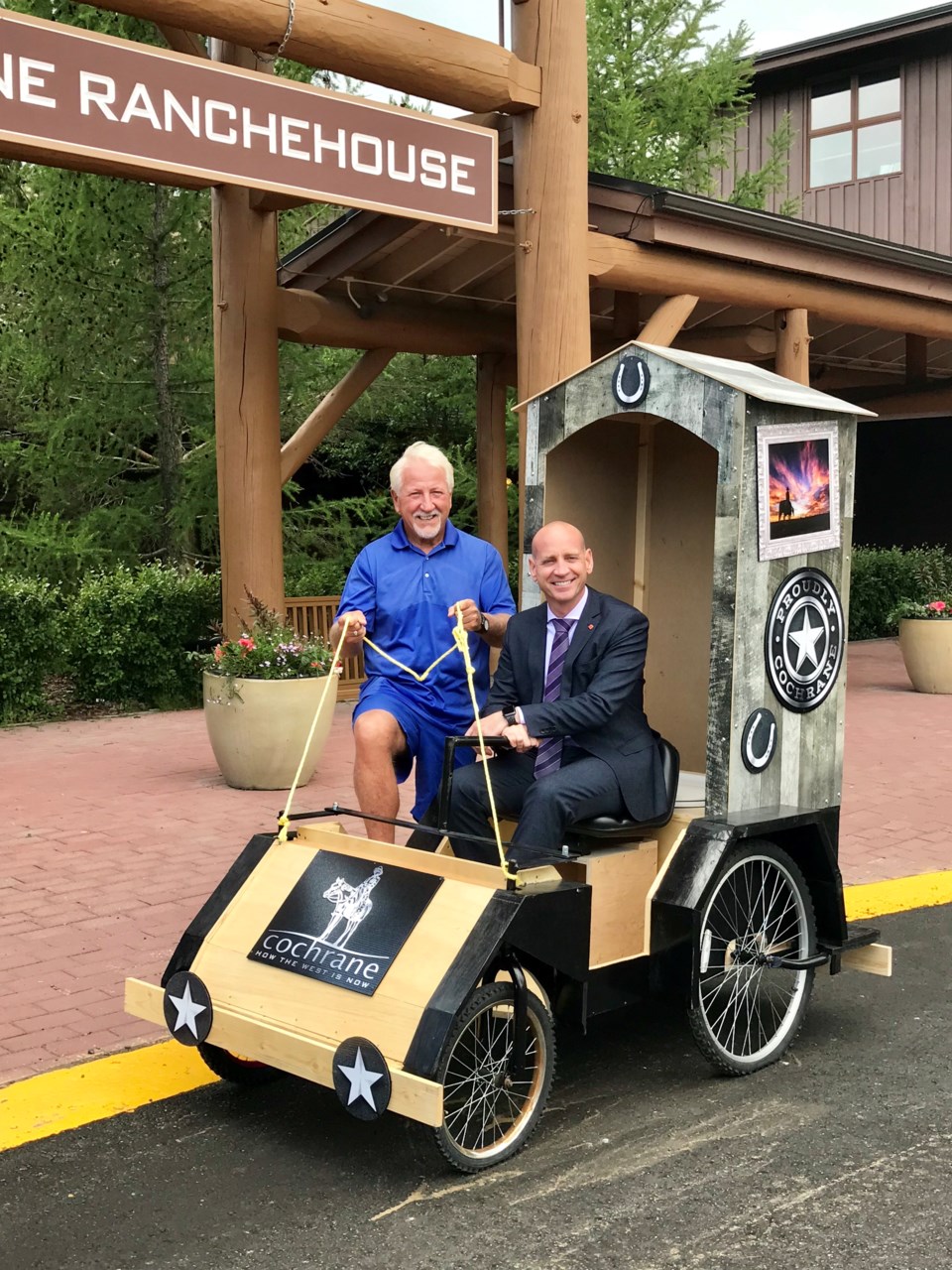 COCHRANE— Looking to unite the community when the COVID-19 pandemic comes to an end, local philanthropist Dan Kroffat is planning three major events with the singular goal of raising $200,000 for Cochrane-based non-profits.

Kroffat said as winter comes to an end and the vaccine rollout in Canada amps up, there is an underlying optimism group gatherings will once again become a possibility. The arrival of the vaccine is fortunate and the time for joy and celebration is coming, he said, explaining the community needs to be prepared.

“The community must have an appetite, as I do, for events this summer,” Kroffat said. “I think by the end of March into April we’re going to find we’re in a better, different place— Optimism is the fuel to drive us to the finish line.”

Cochranites should be proud of their collective efforts to help prevent the spread of COVID-19 in the town, Kroffat said, and they can now unite in celebrating the community.

The events he is planning can serve as a specific reason to embrace optimism, Kroffat said, and he wants to be able to hit the ground running when group gatherings are once again possible.

Kroffat is planning to resurrect the Community Builders Gala, the Outhouse Races and host an outdoor concert— All three events are centred on bringing the community together while fundraising for Cochrane non-profits.

The gala celebrating Order of Canada member Tom Jackson was originally planned for 2020 but was cancelled due to COVID-19. Kroffat is hoping this year's gala will take place in late June at the Cochrane RancheHouse.

“Tom Jackson has dedicated his life to food banks, over 30 years, He has served the needs of food banks across Canada,” Kroffat said. “To me, anyone who’s received the Order of Canada must have done a lot in their communities to obtain the recognition.”

Jackson is a television and movie star best known for North of 60, Outlander and Cold Pursuit, along with his music.

Kroffat described Jackson as a true Canadian dedicated to his community.

The Outhouse Races are planned for the end of August. Kroffat plans on including a “Mayor’s Challenge” in the outhouse races featuring five or six mayors.

The outdoor concert is slated for September or early October. Kroffat is hoping to see the concert sell out so as many members of the community can attend as possible.

He noted the dates of the fundraising events are subject to COVID-19 public health measures.

The events are exciting, he said, because the money will stay in Cochrane to support locally-based groups.

He added the need for fundraising has become critically important because many organizations in the community have lost operating funds during the COVID-19 pandemic.

Kroffat hopes to raise $200,000 for the community during the three events— The only thing needed now is to find the non-profit benefactors.

Kroffat is calling on the community to nominate organizations to receive a portion of the fundraising efforts.

Nominees can be sent to Kroffat’s email address danielsauto@hotmail.com and benefactors will then be chosen by a committee organized by Kroffat and the Rotary Young Professional’s Club of Cochrane. The goal is to help as many people as possible through projects in the Cochrane community.

Kroffat is also looking for volunteers to help in hosting and organizing the events.

“All three of the fundraisers are cost-free. If there’s any cost they’re very marginal,” Kroffat said. “On a whole 99 per cent of the money raised will go to [non-profits].”